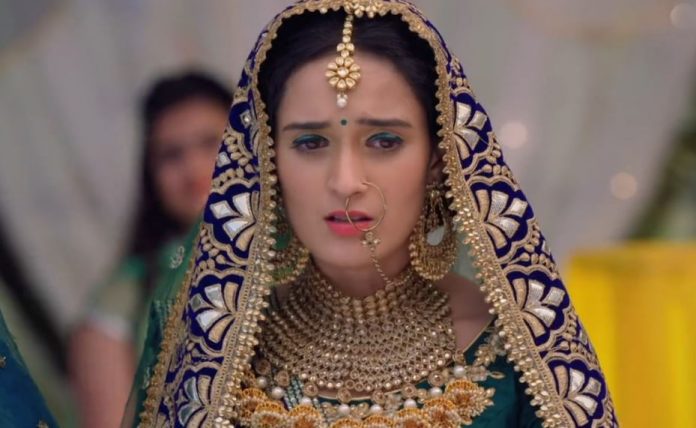 Yeh Rishta Shocking Vedika to threaten about Kairav Akhilesh tries to apologize to Surekha and family. Surekha goes in disbelief that her husband could cheat her, which would mean that she wasn’t capable to win his loyalty. She feels that she has failed in her love that he had gone for an extra-marital affair. She begs Akhilesh to call the truth a lie and fix everything. When she makes her swear on their children, Akhilesh gets helpless to admit the truth that he had an affair with Lisa, all by his wish. Surekha breaks down with this truth and faints suddenly. The Goenkas get worried for Surekha.

They didn’t expect Akhilesh and Surekha’s marriage to break this way. Akhilesh apologizes to the entire family. Suwarna stops Akhilesh from hurting Surekha further. Dadi tells Akhilesh that she has decided to bring peace in the family which will happen only when he leaves the house. She tells him that Surekha may decide later, but her decision is final as of now. She kicks out Akhilesh from the house, without pitying him, since he has done a wrong thing. She tells him that he has cheated every relation in the house. She didn’t expect Akhilesh to bring shame for the family in this manner.

She tells Akhilesh that he will never return to the family. Akhilesh gets a huge shock when she threatens to die if he returns home. He gets helpless and leaves from Goenka house. Dadi breaks down, since its not easy to part away with her son. Manish and Samarth console Dadi. Manish too breaks down, and gets Kartik’s support. Lisa is upset that she had broken a house unknowingly. She didn’t wish this to happen. She tells Naira that she should have gone before itself, so that this day could be avoided. The family learns that Kartik and Naira were aware of the truth. Naira feels sorry for Lisa. Goenkas apologize to Lisa on Akhilesh’s behalf.

Kartik admits that Naira had learnt the truth some days back. He was afraid to break the truth to the family, knowing their similar reaction as happened now. Vedika realizes that Kartik and Naira were meeting for this reason. She recalls how she insisted Kartik to share the matter and he didn’t utter a word. She feels Kartik doesn’t trust her. She gets upset with Naira’s presence. She wants Naira to leave from the house as soon as Kairav recovers. Goenkas get caring for Suwarna. Dadi is thankful to Naira for not bringing out truth, which they could have not tolerated. She feels its right that Akhilesh accepted his mistake himself.

She gets connected to Naira again. Naira looks after Dadi. She asks Vedika to handle Dadi and rest of the family. Vedika vents her anger on Naira by verbally taunting her that Naira doesn’t belong to the family. She indirectly threatens about Kairav, which shocks Naira. She tells Naira that if Kairav learns the truth, it won’t be good for his heart condition. She asks Naira to better Kairav far from Goenkas, where he can live his life in peace.

She asks Naira to value Kairav’s life. Naira asks Vedika to be assured that its her house and family. Vedika tells her that she knows about her family’s betterment. She asks Naira to think for her son’s betterment. Suwarna overhears their conversation and is disturbed. She feels so much bad has happened with the family, that they have no strength to bear further. She wishes that everything falls into place. Naira understands Vedika’s insecurities. She assures that she will be leaving soon.