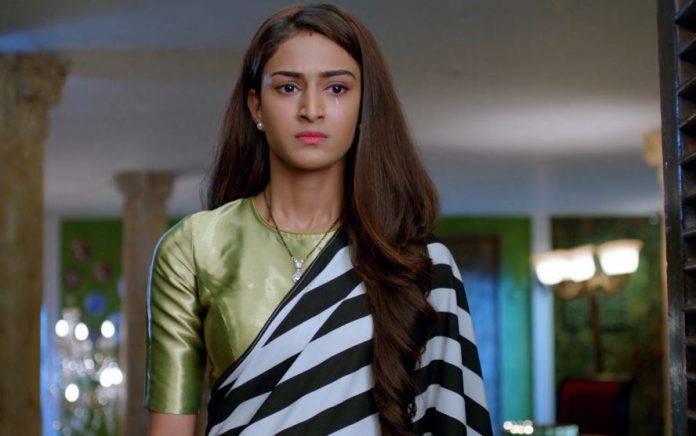 Kasautii Twisted Love tale Prerna condemns Anurag Mr. Bajaj falls for Prerna’s selfless persona. He likes her for being so loving towards his daughter. He knows she is very caring and go to any extent to help others. He dearly wishes her good. He didn’t intend to marry her forcibly. He wants to go home and talk to her, only when his innocence is proved. Mr. Bajaj deals with his inner feelings for Prerna. He feels he has forgiven the Basu family and left his enmity because of Prerna, who wants their well being. He didn’t break his promise to Prerna. He didn’t harm Prerna’s dear ones even once. He wants Prerna to understand his heart.

Prerna too thinks of Mr. Bajaj and her deal, which was just made to save Anurag from the police case. She wanted Anurag to stay fine. She doesn’t want to let Anurag face any deadly twist. Prerna is angry on Mr. Bajaj for breaking his promise. She doesn’t want to spare him if he goes on hurting Anurag, her love. She decides to give a testimony in the court against him so that he pays for his mistakes. Prerna wants to meet Anurag. She gets to over Anurag and Anupam’s conversation. She learns that Anurag had planned to jump in front of Mr. Bajaj’s car to frame him in the accident to prove that he is a criminal in businessman’s disguise.

Anurag wants to prove that Prerna denies to love him, but she still loves him. Anurag wants Mr. Bajaj to leave from Prerna’s life. He is doing everything to get Prerna back from Mr. Bajaj. He feels Mr. Bajaj has snatched his life and he deserves to be in the jail. He wants his love. Prerna receives a big shock on hearing his planning. She can’t believe this that he risked his life just to get her. Tanvi meets Mr. Bajaj to lend some sympathy. She speaks against Prerna. She wants him to accept bail and come back home.

He warns her against telling a word against Prerna. He asks her to leave the house and go abroad for studies if she has much problem with Prerna. He chooses Prerna over anything else. He asks Tanvi to just mind her own business. Tanvi gets angry that he chooses Prerna. He scolds her for brainwashing him. She asks him about his feelings for Prerna. She asks him to accept if he loves Prerna. He gets speechless. He feels he respects Prerna. Prerna yells at Anupam for supporting Anurag’s madness. She is mad at him for not thinking of her happiness. She tells him that she could be never happy if Anurag dies.

She tells them that risking life is wrong, Anurag would have died if he didn’t get revived on time. She asks them if they didn’t think of Mr. Bajaj’s daughter, who is innocent and not at fault. She asks them not to be selfish and think of Mr. Bajaj, who surrendered to the police. She feels Mr. Bajaj accepted the punishment since she didn’t believe him. She realizes her mistakes. She wants to prove his innocence and get him out of the jail. Mr. Bajaj sings praises of Prerna and angers Tanvi more. Tanvi feels Prerna has made a place in his heart, even when he doesn’t accept his feelings.