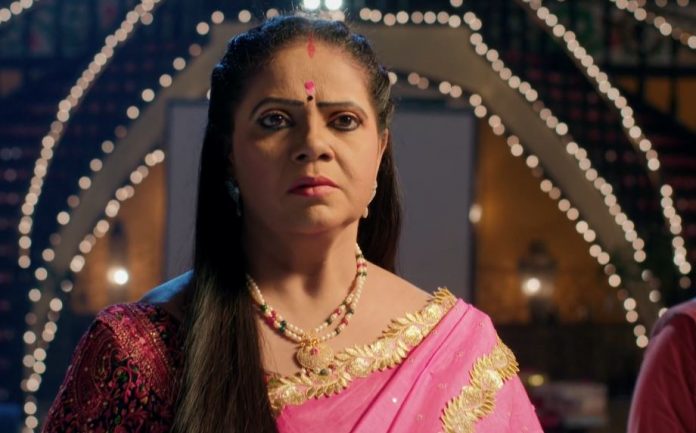 Yeh Rishtey Pyaar Shockers post the pleasant surprise Major twist in Rajvansh family. Abir gets disheartened that his entire family kept him in darkness. He didn’t expect them to be too manipulative. Kunal tries to stop him from leaving the house. The entire family tries to stop Abir, but in vain. Abir tells Parul that he respects her a lot, but still she didn’t share the truth with him. He doesn’t want to compel her for going against Meenakshi. He gets heartbroken. He doesn’t want to listen to anyone, since they all lied to him. He tells them that he will come back once he gets his dad home.

Kuhu also attempts to stop him. Abir takes a promise from him to look after the entire family in his absence, knowing the house will sink in sorrow for a while. He wants Kuhu to spread joy in the family in her unique cheerful style. Kuhu asks him to be back soon. She knows Abir needs some alone time. Meenakshi and Parul get helpless. Parul asks her to stop Abir some how. But, Meenakshi knows very well that Abir is adamant and won’t listen to her.

Kuhu thinks if Mishti could convince Abir to stop. Mishti meets Abir and brings home a big surprise. She tells him that she has got is dad home. She is happy that she could give the amazing surprise to Abir on his birthday. She gets Mehul to Abir and hands over the childhood picture. Abir gets too happy when Mishti wishes him and fulfills his wish. He hugs Mehul. He can’t ask for anything else. Mishti tells Rajvansh family that Abir and she met Mehul in Mumbai and saved his life unknowingly of their relation.

She tells that destiny has brought Mehul in their lives. Meenakshi gets angered on Mishti. Nanu condemns Mehul. He wants Mehul to answer his sons. Mehul is pleased to meet Kunal. Kunal angrily walks out and doesn’t want to meet his dad. Meenakshi doesn’t want Abir to go anywhere. She lets Mehul stay in the house just for Abir’s sake. She tells Abir that he will get wish fulfilled on his birthday. She wants to Mehul’s truth to come out. Mehul is thankful to Mishti for uniting him with family. Abir is too happy that his birthday has really become special. He unites with his dad. Kuhu finds Kunal too angry.

She seeks advice from Abir. Abir guides her in ending Kunal’s anger. Kuhu tells him that she will also help him. Mehul wants to bond with Kunal as well. He tells Abir that he will answer all his questions. Meenakshi too wants this to happen. She is sure that Mehul won’t have his answers. Parul seeks help from Meenakshi. She doesn’t want anyone to know that Kunal is her own son. She is scared of Mehul. She wants Mehul to leave. Meenakshi wants Mehul to answer about the company fraud. She is hopeful that Mehul will fall in Abir’s sight. Meenakshi wants to kick out Mehul from the family by keeping her sons happy. She doesn’t want to upset Abir again. She is glad that Kunal is still on her side.