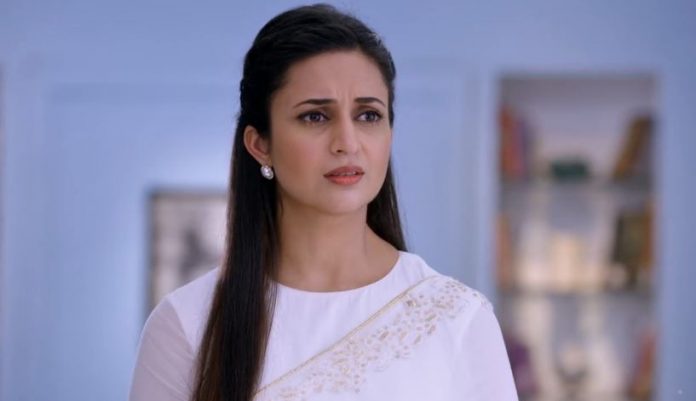 Yeh Hai Mohabbatein Hotstar Ishita Neeti close connect Ishita is applauded by her family. Everyone believes that she is the best and the only one to keep the family united. They give her all the credit for their happiness. Ishita is happy with them. She is concerned for Mrs. Bhalla. Raman plans a surprise for Mrs. Bhalla. He prepares the breakfast for the entire family. Ishita likes to see him at peace. She wonders how would they celebrate Navratri if Mrs. Bhalla doesn’t lead them. Raman asks her not to worry. Sunil lies to his mum about Natasha. He is worried that Natasha landed in jail. He wants to know who is blackmailing him about Dr. Mishra’s murder. He gets threatening calls and messages.

Bhuvan makes the calls to pressurize him. He wants to make Sunil a puppet. Sunil gets shocked by the incriminating video and pictures. Bhuvan tells him that he is the witness of Dr. Mishra’s murder. He asks Sunil to follow his orders. Arijit and Bhuvan blackmail him. They recall that fate supported them and got Sunil in their plans. Sunil had killed Dr. Mishra, when the latter was misunderstanding him. Sunil stabbed him in tension. He didn’t wish to kill him. He gets badly trapped by Arijit.

They wish she gets stable. Arijit learns that Neeti is critical and has to be rushed to the hospital. He asks the caretaker to be with Neeti and calm her until he reaches. He doesn’t reveal anything to Bhuvan and keeps his secret about Neeti. He rushes to the hospital to see Neeti. Ishita gets Mrs. Bhalla admitted and comes across Neeti there. She wants to know about Neeti. She learns about Neeti’s trauma and feels sympathetic. She wants to help Neeti. Arijit wants to avoid Ishita, who would recognize Neeti. Ishita gets tending to help Neeti and reaches her again.