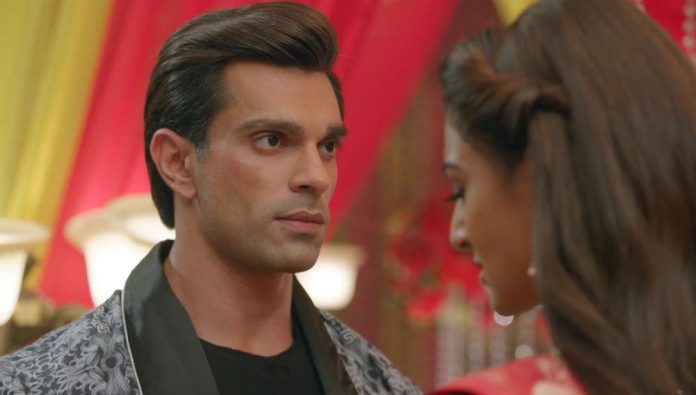 Kasauti Bajaj berserk Anurag learns huge truth Prerna enjoys the dance with Mohini. Shivani supports Anurag’s love story, which angers Mr. Bajaj. She asks Anurag to dance with Prerna and enjoy the moment. Anurag too wants to live the moment with his love. Mr. Bajaj tells Shivani that Prerna is his wife and she should better remember this. He warns her too. Anurag and Mr. Bajaj perform the dance to compete with each other. They want to prove themselves to win Prerna’s love. Mr. Bajaj goes berserk to prove that he is the best for Prerna. He tries hard to impress Sharmas, who strongly support Anurag.

They both dance with Prerna. She gets sidelined when their dramatic competition goes on. The dancers are actually goons in disguise. They corner Mr. Bajaj and light up his clothes as per his command. Mr. Bajaj has himself planned the attack to put the blame on Anurag. He manages to save himself from the controlled fire blaze. He chases the goon and bashes him up. He makes the goon confess that he has played this evil move on Anurag’s word. Mohini and Basus are in shock with the incident.

She wants to carry on with the function. She gets angry when Moloy’s brother accuses Anurag for the attack on Mr. Bajaj. She believes her son. She knows he can never do this. Anurag clears out that he isn’t evil minded to kill someone, even when he is against that person. Prerna can’t believe that Anurag is getting blamed again. She knows that he can’t do this. Mr. Bajaj impresses Prerna again by telling that he isn’t taking any action against Mr. Bajaj because of his promise to Prerna.

She knows Anurag is protected just because of this promise. She apologizes to Mr. Bajaj on Anurag’s behalf. She does the aid to his burn marks. Maasi and Tanvi don’t like them together. Mr. Bajaj gets tending close to her. Anurag gets jealous watching them close. Mr. Bajaj gives him an evil smile, proving that he has planned the attack. Anurag realizes the motive of Mr. Bajaj and Prerna’s marriage. He gets his answer that Mr. Bajaj married Prerna for the sake of his little daughter. He thinks this is the reason which Prerna was hiding till now. He can’t forget Prerna.

When Mohini stops him again, Anurag clears that Prerna is his life, he will never forget her. He asks Mohini not to hinder him, if she can’t support him. He declares his love for Prerna. Mohini wants him to forget Prerna. Prerna tells Mr. Bajaj that she never imagined that Anurag will pose problems for them. Mr. Bajaj finds Anurag behind and plays the drama to make him jealous. He tries romancing Prerna. Later, Prerna defends Mr. Bajaj and accuses Anurag for his madness. Anurag questions her about the marriage deal veiled by her. He knows Prerna just loves him. Will she confess the complete marriage deal made with Mr. Bajaj? Keep reading.