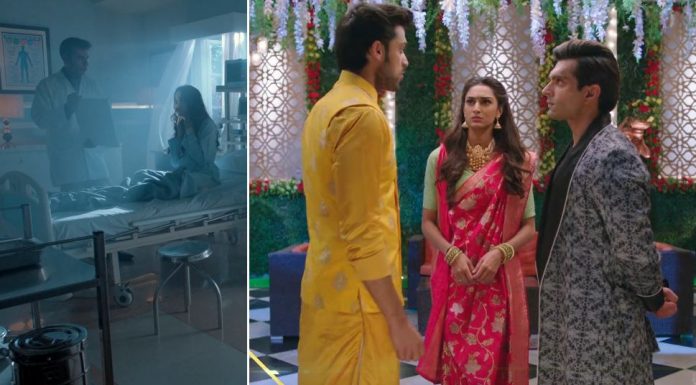 Kasautii Komolika Fresh avatar Major twists strike Komolika’s new avatar entry happens today. Prerna apologizes to Mr. Bajaj on Anurag’s behalf. She feels Anurag should move on and not trouble Mr. Bajaj. She didn’t expect him to risk her husband’s life. Mr. Bajaj finds a chance to provoke Anurag further. He knows Anurag is watching them, and not able to hear their words. He turns Anurag jealous by acting close to Prerna. Prerna is thankful that Mr. Bajaj is still keeping his promise and not harming Anurag. He tells her that he won’t do anything that hurts her heart. He shows the respect and loyalty he wants in their marriage.

He tells her that he will never change for herself, but Anurag will be responsible for his reactions. He thinks Anurag will be fighting with Prerna when she favors her husband. Anurag knows Mr. Bajaj is planning everything to separate Prerna and him. He tries to know what is his plans. He meets Prerna to know the matter bothering her. She blames him for hiring the goons to attack Mr. Bajaj. He tells her that she knows him that he can never risk someone’s life. He defends himself. Mr. Bajaj enjoys her accusations on Anurag. He is sure that their relation will soon end because of this misunderstanding.

She tells Anurag that she trusts him a lot, but now the evidences are against him. He tells her that he isn’t silly to hurt Mr. Bajaj and make her close to him. He knows Prerna will tend closer to her husband, finding him hurt. He tells her that he would never like this. She doesn’t listen to him. She is angered that Anurag is getting mad in love. She doesn’t want him to hurt his family. Anupam angrily yells at Prerna for changing Anurag into a psycho lover. He tells her that her cheat has snatched Anurag from the family.

Anurag stops Anupam from hurting her. He ends up hurting Anupam. Anupam is distressed that Anurag is no more their old Anurag. Prerna tells Anurag that she had her reasons to marry Mr. Bajaj, she is done with the explanations. She asks him to move on in life and not bother Mr. Bajaj. She tells him that Mr. Bajaj is protecting him now for a reason. She doesn’t disclose about their deal. Anurag gets a new hint when she tells about Mr. Bajaj staying calm deliberately. He wants to know what did Mr. Bajaj promise her. He really wants to know the reason behind her unwanted marriage. Prerna sheds tears for Anurag. She loves him a lot, but can’t unite.

Mr. Bajaj doesn’t want her to cry because of Anurag. He tells her that she should not leave his family. He is sure that she won’t leave them. She asks her to make Anurag move on. He shows his faith on her. He tells her that he will never bound her, but she has to stay loyal and strong. Prerna doesn’t know what to say. She herself isn’t sure of her feelings. On the other hand, Komolika’s entry happens. She is seen in a hospital, who has undergone a plastic surgery post the shark attack. She feels fortunate to get saved and get a new life.

She gets a huge shock when she sees her face in the mirror. She wants revenge on Prerna. Prerna blames Anurag for planning the attack. Anurag challenges to expose Mr. Bajaj. He sets a camera to record Mr. Bajaj and Prerna’s conversation. He learns the shocking truth of Prerna’s marriage, that she had made the deal with Mr. Bajaj just to save Anurag from Ronit’s murder case. He learns her big sacrifice. Anurag gets happy to know where he stands in Prerna’s life. He gets high hopes to defeat Mr. Bajaj and get her back.