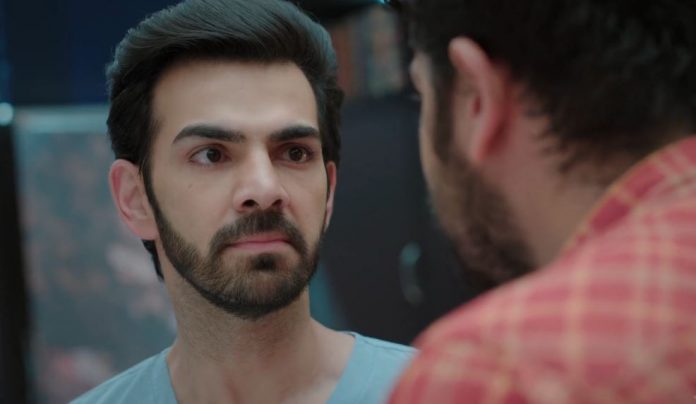 Kahaan Hum Rohit Shot Deadly extortion twists There are extortion twists ahead with Karan making an entry in Sonakshi’s life. Raima tells Rohit that her parents have bought a flat for her in the city. She wants to shift there soon so that she can give ample space to Rohit and Sonakshi. Sonakshi asks Raima not to stay alone. She wants Raima to stay with her if she doesn’t want to stay with Rohit. Rohit doesn’t want to leave Raima either. He asks Raima to stay in Sippy mansion as long as the marriage functions wrap up. He gives her the credit for uniting Sonakshi and him. He doesn’t want to let her go away.

Raima feels fortunate to have good friends like them. Rohit takes Raima home. Sippys and Rastogis are happy that Rohit and Sonakshi’s marriage will be happening soon. Veena is troubled because of Naren’s opposed thinking for Sonakshi’s profession. She doesn’t think they should judge Sonakshi by her profession. She shares her tensions with Sukhmani, that Naren isn’t willing to accept Sonakshi for Rohit. Sukhmani wants to deal with her son.

When Sulochana adds up tension in the matter, Sukhmani warns her against spoiling anything else again. Veena asks Sukhmani to talk to Naren. Sukhmani doesn’t know why isn’t Naren valuing Rohit’s happiness with Sonakshi. Later on, Rohit starts missing Sonakshi. He learns that Sonakshi has gone for an event. She wanted to meet her. He feels he was also much busy and had to change his schedule, just to get this news that Sonakshi is away. He gets upset. Raima tries to cheer him up. Sonakshi sends a sorry card and a rose to please Rohit while she is away. Rohit gets happy when Raima reads out the letter to him.

He awaits Sonakshi’s return. On the other side, Deepa tries hard to tell Tanya that Rohan is cheating on her. She asks Tanya to be extra careful and keep a check on Rohan’s activities. She tries to tell Tanya that Rohan is lying to her. Tanya doesn’t believe Deepa. She feels she should have trust in her marriage. She tells that she used to doubt Rohan a lot before, which created problems between them. She feels Rohan isn’t wrong. Deepa is worried that this blind love and faith will leave Tanya shattered when Rohan’s truth comes out.

Rohit hopes to receive another gift from Sonakshi. Veena tries to discuss about Rohit and Sonakshi, but Naren doesn’t listen to her. Naren gets busy in his work. Veena stays worried that she has to get Naren’s approval for the alliance. Rohit gets an unpleasant surprise on seeing Karan in his hospital. Karan speaks filthy about Sonakshi. Rohit bashes him up and wants him to leave. Karan seeks attention of onlookers to get saved. He tells Rohit that he will spread the fake news of Sonakshi’s pregnancy and abortion. Rohit believes in Sonakshi.

Karan tells him that they both know the truth that Sonakshi is righteous, but the world will not believe her. He tells that the news will spread around and Sonakshi will be defamed. Pulkit asks Rohit to spare Karan. Rohit wants to deal with Karan alone. Karan asks for a big amount to not defame Sonakshi. He is taking advantage of the fact that he is Sonakshi’s ex. Rohit agrees to pay him the money. Karan finds this extortion easy. Elsewhere, Raima reaches the set to meet Sumit. Sumit behaves nicely with Netra as well. He wants to shoot his extra scenes so that Sonakshi’s absence gets covered.

Sumit’s positive change gets noticed by everyone. He gets delighted on meeting Raima. He likes her and gets outspoken about his feelings. Netra finds a new love story beginning. She asks Raima to join her show as a heroine, since she is very good-looking. Raima doesn’t think she should become an actress. Netra tries hard to convince Raima to play the second lead in her show. Sumit is happy to get Raima’s attention. Rohit informs Yash about Karan’s extortion move.

Karan snatches the money and shoots at Rohit to kill him. Yash gets a huge shock when Rohit gets shot in his arm. Karan threatens them that he would kill Rohit and leave Sonakshi in pain. Yash tries to protect Rohit’s life. Karan’s goons catch Yash. Luckily, police arrives there and helps Rohit and Yash. Karan and his goons flee on seeing the police. Rohit asks the cops to arrest Karan at any cost. Yash calls for an ambulance for injured Rohit. Rohit hides the truth from Sonakshi so that she doesn’t worry for him. He wants to share everything once she returns from the event.

Reviewed Rating for this particular episode: 4/5 FAST PACED
This rating is solely based on the opinion of the writer. You may post your take on the show in the comment section below.