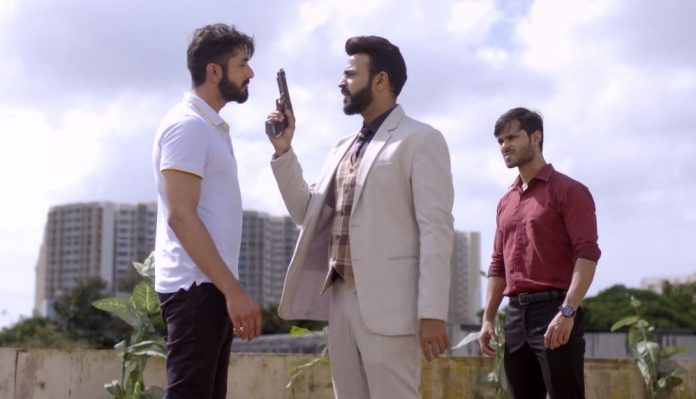 Mohabbatein Star Plus Kidnapping twist for Ishra Arijit loses his cool when he finds Neeti and his pictures sent by Bhuvan. Sunil tricks him with the fake letter. He also sends a letter to Bhuvan by Arijit’s name. He calls them to the same place to tackle them. Arijit gets angered that Bhuvan double crossed him. He wants to kill Bhuvan. He goes to meet Bhuvan. He asks Bhuvan when did he get so much courage to invite death. He asks how could he blackmail him, being his right hand. Bhuvan clears his misunderstanding that he hasn’t done anything such. He asks Arijit to trust him. He shows the letter he has received from his side. Arijit asks him if he is playing some game with him. He wants to kill Bhuvan and limit him. Bhuvan pleads innocence.

Raman wants Yug to fill the new tender and win it for the company. He shows his belief in Yug. He asks him not to take Ruhi or Karan’s help. He wants Yug to work independently and win confidence. Yug gets tensed that he may fill the wrong quotation and lose the big contract. He asks Raman to at least check it once. Raman doesn’t want to go through the quotation. He asks Yug to believe in himself. He tells that everyone makes mistakes, and he won’t care if they lose the tender, at least he can learn by his mistakes. He wants Yug to handle the business.

Meanwhile, Arijit wants to know who is making them against. Bhuvan tells him that he has tricked Sunil and blackmailed him by the video. He counts his favors to win Arijit’s trust. Sunil overhears their conversation. He wants to tell them that he will not spare them now. He confronts them for blackmailing him and getting Natasha arrested. He also blackmails Arijit about his daughter Neeti. Arijit threatens to kill him. Sunil tells him that he will send his pictures and tell the truth to Bhallas.

He proves that he can harm Arijit’s goals. Arijit gets helpless to fulfill Sunil’s demands. Sumit wants Natasha freed from the jail as soon as possible. He wants the evidence against him to get destroyed. Arijit accepts his conditions to secure his own truth. Yug informs Raman that he has filled the tender and they will know the result in a day. Yug tells them that he is hoping to win. Raman is sure that Yug will get the contract for them. Ishita learns about Neeti. She seeks help from Karan to find Neeti.

Karan tells them that his manager will find the details and inform them. The Bhallas join the society people to celebrate Dussehra. Ishita stays back and prays for Neeti. She wonders what is their relation. Raman tells that they will find about Neeti. He doesn’t want Ishita to take much stress. Karan informs them that his manager hasn’t found any information yet. They get disturbed when they come across Natasha. Natasha tells them that she has got released on bail and now she will try to get back her husband Shardul.

Ishita warns her against hurting Raman. Ishita gets more troubled that their enemy is back. She doesn’t know what’s happening. She wants to always protect Raman. Raman feels lucky to get such a dutiful wife. Raman and Ishita get together to expose their enemies and get rid of them. Natasha goes to the extent of blackmailing Arijit. She wants him to kidnap Raman and hand him over to her.