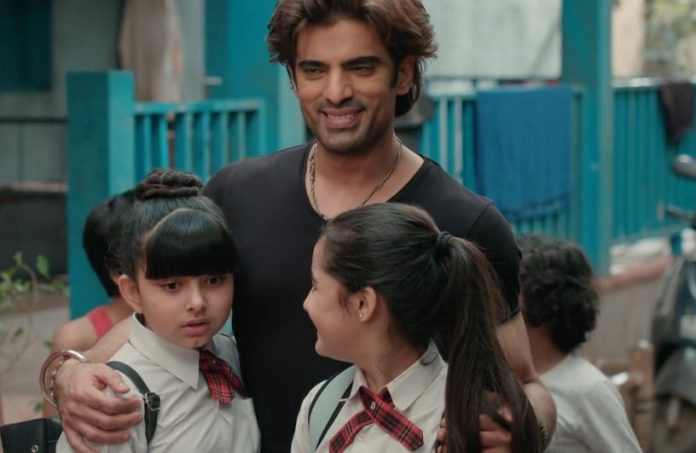 Kulfi Kumar Quick Preview Sikandar projects evilness Sikandar tells Kulfi that he has kidnapped Jimmy’s son Fateh. He doesn’t want her to help Fateh. She gets angry on him. She tells him that she will fight him later. She first wants to free Fateh from Sikandar’s captivity. She runs away. Amyra and the chawl kids play carom to pass time in the darkness. They see Kulfi running away. They try to stop Kulfi and know where is she going. Sikandar catches Kulfi. He tells them that Kulfi is upset with him. He takes her home. Amyra tells them that Sikandar and Kulfi can’t stay angry on each other, maybe its a small fight and they will sort it out soon. She asks the kids not to worry. Sikandar tells Kulfi that she can hate him now, he isn’t her hero now.

He feels he has changed as per the situation. He tells that he isn’t her loving dad now. She wonders what happened to him, that he lost hopes from his heart. She tells him that she knows he is a good person, he is just behaving rude and evil. She asks him if he has forgotten the pain when Amyra and she got kidnapped. She asks him why is he making Fateh’s parents worry. She asks if he is doing this to take revenge on Jimmy. She asks why can’t he walk on the right path. He feels he has no time left to walk on the right path. He gets emotional. He doesn’t answer her. He goes away. She feels there is a big reason behind his move.

She believes that he isn’t evil at heart. She searches for some clue in the house. She doesn’t know what is she finding. Amyra finds her worried and asks the matter. Kulfi tells Amyra that she doesn’t know how can she help herself. She gets puzzled and runs to meet Fateh. She asks him who has kidnapped him. He doesn’t answer her. He asks her to just leave. He doesn’t want any risk. He tells her that he doesn’t know why the kidnapper is doing this, he isn’t asking any ransom. He tells about the kidnapping done by Sikandar and Raju. She can’t believe that chawl people are also involved in the kidnapped. Amyra gets some medicine in the room.

She hands it over to Kulfi. Kulfi asks Raju to help them in finding about the medicine. Raju gets a doctor to the chawl, who checks the medicines and reveals Sikandar’s critical illness. Amyra and Kulfi slip in shock.