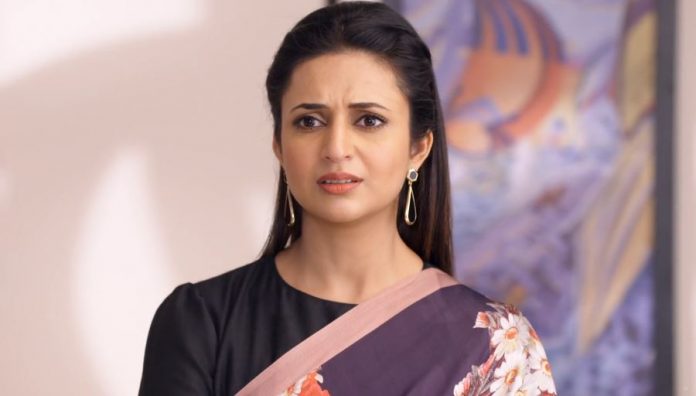 Yeh Hai Mohabbatein Cunning plotting bounds Bhallas Arijit is happy to cheat Raman and Yug. He has bribed the official to change the tender quotation. He has framed Yug. He wants to kidnap Raman by an excuse of a business trip. He thinks to offer help to Raman so that he can ruin him further. He wants to frame Natasha in the kidnapping crime. The nurse informs him about the medicines stock ending. She asks him to collect the medicines from the chemist directly. Arijit confirms about the medicines availability. He tells Malhotra that he has to rush for an emergency. He goes to get the medicines. Ishita and Aaliya wait at the medical store to meet the nurse. Thia doesn’t turn up there, since she has sent Arijit.

Chemist informs Ishita that patient’s relative is coming to pick the medicines. When Arijit reaches there, Ishita misses to see him. She gets Raman’s call at the same time. Yug informs Aaliya about his big blunder. Aaliya gets too worried when he sounds depressed. Ishita calms down Raman for a while. She learns the entire matter and rushes to the office. She also calls Ruhi and Karan there to handle the situation more aptly. Arijit learns that a lady was waiting for him to know about Neeti’s doctor. He suspects her to be Ishita.

He confirms his doubt. He wonders what is Ishita trying to do. He goes to deliver the medicines for Neeti in time. He gets more alert. He tells Thia that Ishita is trying her best to track Neeti. He asks Thia to be careful as well. Arijit tells her that he can’t take any risk about Ishita. He thinks once he traps Raman further, Ishita won’t be after Neeti. Elsewhere, Natasha gets angered on Sunil because of his girlfriend Tara. Sunil admits that he was much depressed and got into a relationship. She asks him not to tell Tara about her diamonds.

She threatens to kill him. He swears to not reveal anything to Tara. Yug recalls and tells Raman that he didn’t make any mistake while filling the tender. Raman gets provoked that Yug isn’t accepting his mistake. He tells that its his own mistake to count on Yug. He gets too harsh on Yug. Yug’s heart breaks badly. He feels he has lost Raman’s trust. Raman tells Yug that business doesn’t run on requests, the company isn’t agreeing to cancel the contract. He tells that they have to complete the contract from their savings. He fears that they will go bankrupt.

Ishita shows faith on Yug. Yug tells Aaliya that he always supported Raman and believed him. He regrets that Raman isn’t believing him. Arijit brainwashes Yug against Raman. He tells Yug that he isn’t Adi for Raman. He then asks Raman to make Yug out of the project so that he can convince the investors. He plays a smart move to break Raman and Yug’s unity. He wants to succeed and break Bhallas again. Later, Natasha compels Arijit to just kidnap Raman, else she will be exposing his crimes to Bhallas.