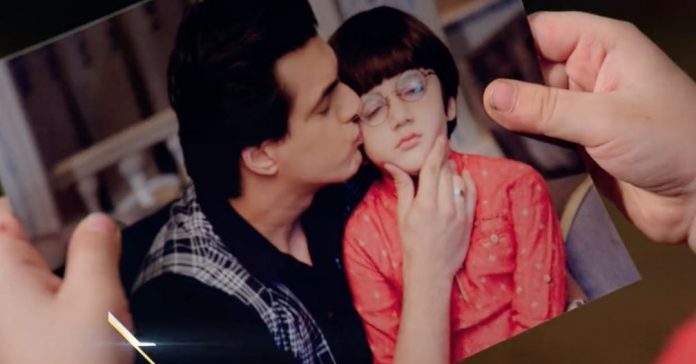 Yeh Rishta Kartik terrified Kairav hatred intensifies Kartik completes the making of Raavan effigy. He tells Naira that he will ask the staff to fix the effigy outside. He tries to get Kairav’s attention. He doesn’t get any response from Kairav. He feels Kairav is just ignoring him. He doesn’t want to lose out in Kairav’s eyes. He asks Naira why is Kairav being so away from him, like he is avoiding him. Naira asks him to have good hope and positive thoughts. She tells him that kids are planning something. When Naksh apologizes to Kartik, the latter gets glad. Naira asks Kartik to be positive. They rush to the family to initiate the Raavan Daahan.

On the other hand, Vedika is worried that her past is troubling her. She wants to defeat the evil of her past. She wants to defeat her ex and then reveal the matter to Kartik on his birthday. She feels she should leave from Goenka house to sort the problems. Even Surekha is worried for her personal reasons. Dadi wants Surekha to help Gayu and Suwarna in the preparations. Surekha doesn’t share anything with Dadi. Dadi gets upset knowing Vedika has gone for some work. Vedika goes to meet her ex.

Driver finds the place isolated and wonders if he should inform anyone about Vedika. Kartik wants to hug Kairav. He feels kids are really up to something. Vansh asks Kairav to think of some plan soon, else he would be going to Goa. Kairav doesn’t want to go to Goa. The family recalls their bitter things and memories. They want to forget all the enmity, hatred and anger. They get rid of their bad emotions. Kairav wants to get hurt to avoid the Goa trip. He is ready to bear the pain. Kairav wants to live with both his parents.

He hides behind the effigy. Vansh burns the arrow tip to light the Raavan. Gayu asks him not to fire the arrow. Vansh fails to hold for long until they find Kairav. He burns the Raavan, while Kartik and Naira see Kairav standing behind. Kartik manages to rescue his son, with Naira’s help. He loses his cool and shouts on his son. He gets too angry fearing that he would have lost Kairav. He asks Kairav if he could think of the dire consequences. He expresses his feelings of love by his anger. Naira asks him to let her handle Kairav.

Kairav gets distanced from him by seeing his angry side. Kartik tells the family that he has been afraid of losing Kairav since he met him. He is scared that Kairav will hurt himself. He doesn’t want anything to happen to his son. His emotional speech makes everyone cry. They console Kartik, since everything is fine now. Naira explains Kairav that he has done a big mistake. He is hurt that Kartik has scolded him. He cries when Kartik meets him. Naira pacifies Kairav. Kartik thanks Naira for handling Kairav well. Samarth angrily rebukes Vansh for giving the bad idea to Kairav. Vansh gets scared of his anger.

Gayu ends up arguing with Samarth to defend her son. Dadi and Manish ask them to stop the argument. Dadi doesn’t want any embarrassment. Kartik feels Kairav got much angry on him. Naira tells him that Kairav will forget it soon and patch up. She tells that Kairav will always love him more. Kartik hopes that Kairav loves him always. Naira tells him that none can take his place in Kairav’s life. Kairav develops hatred for Kartik. He tears his photos. Will Kartik learn the annoyance making place in Kairav’s heart? Keep reading.