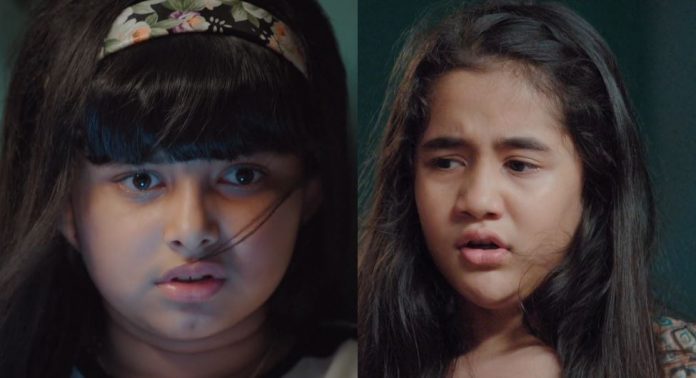 Kulfii Kumar Amyra serious fights upsets Sikandar Sikandar wants to be sure that his daughters will look after themselves well in his absence. Kulfi and Amyra divide their work. Amyra gets lazy to work. Kulfi wants her to finish everything and then play. Sikandar is scared that someone can break Kulfi and Amyra’s unity. He asks Sandy to take care of them. Amyra gets worried when Kulfi gives her more work. Sandy finds the differences between them. Sikandar doesn’t want to get emotional. He just wants to finish all the work before leaving his daughters without support. Sandy keeps an eye on Amyra.

He finds her fighting with Kulfi over the food. Amyra doesn’t like to eat. Kulfi doesn’t know how to explain Amyra. She feels sorry. Amyra is angry that Kulfi didn’t prepare her favorite food. She wanted to play games, instead house cleaning. She doesn’t like Kulfi dominating her like a grandma always. Kulfi looks for Amyra. Amyra complains about Kulfi to Sandy. He finds a way to test their love. He tells Kulfi that Amyra is much angry and expressed her hatred. He asks Kulfi to answer Amyra in the same way. Kulfi cries that Amyra doesn’t care for her. She doesn’t want to hear anything against Amyra.

She just wishes that Amyra helps her. Sandy tells Amyra that Kulfi was speaking ill about her. He asks Amyra to reply Kulfi. Amyra can’t believe that Kulfi can speak ill about her. He provokes both of them to see their reactions. Kulfi wants to patch up with Amyra. Amyra throws attitude at her. She orders chinese food for herself. Kulfi asks her not to waste money this way. She asks Kulfi to eat whatever she likes and not bother her. Sandy thinks its going to be very tough if they fight this way every day. He knows they need a balance in life, Sikandar. Kulfi and Amyra play with the chawl kids.

Sandy continues to watch them. Despite making efforts to patch up, Kulfi fails to win Amyra’s trust. Sikandar meets the doctor to get his treatment done soon. The doctor tells him that the surgeon isn’t available for his treatment. She tells the low chances of his recovery. She feels bad that his state is speedily deteriorating. She tells him that she can’t help him, the medicines can’t help him for long. She asks him to be ready to accept his death, he has to prepare to secure his daughters’ future.

She tells him that someone has to look after the girls after his death. She advises him to give their responsibility to his family member. Kulfi and Amyra get into a bitter argument. Sandy wants them to drag the matter to the point that they realize their mistake. He stays worried for Sikandar. He informs him that Kulfi and Amyra started fighting badly. Sikandar knew that Kulfi and Amyra won’t settle this way. He wants their fights to end so that their future gets safe.

Sikandar gets an insurance cover to secure his daughters’ life. He feels life has no guarantee, he should be better prepared for the worst times. Kulfi and Amyra’s bitter fight goes on till night. Sikandar meets Mrs. Gujral to share his sobbing story. He secures his education as well. He wants Mrs. Gujral to lead them towards a bright future. He gets their admission done in a reputed school. She offers to help him by getting a second opinion about his reports. Sikandar agrees to take her help.