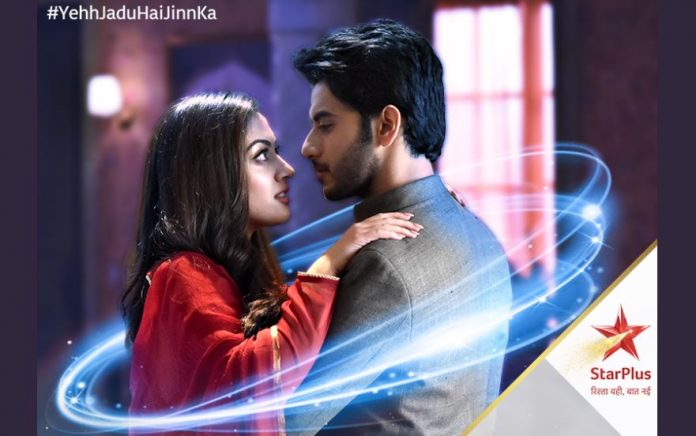 Tellyreviews Kahan Hum Bahu Begum Top 5 Spoilers Rohit and Sonakshi have a romantic moment, which gets interrupted by Ajit. Sonakshi gets to know about the media arrival at the function. She handles the media. Raima is worried after spotting Rohit and Sonakshi into tensed argument. She wants to know if Rohit is happy with Sonakshi. She doesn’t like Rohit’s blind faith on Sonakshi. She shares her insecurities with Rohit. Rohit is sure to handle his life with Sonakshi. He tends to help Sonakshi and save her from the stalker. Sonakshi answers the media and defends the blames on Sippys.

Aman marries Roshni forcibly. Roshni gets helpless to accept his condition for the sake of her mother. She wants to save Salma’s life. Aman and Roshni marry under the magical circumstances. They both get married just for the sake of their mothers, who are in danger. They have the same motive. Aman witnesses Roshni’s angelic moment. He tells her that he will handover the cheque to her once she saves his mum. He takes her mum. Roshni realizes her supernatural powers. She saves Parveen from the Jinn trap. She doesn’t understand why they have huge expectations from her.

She feels she is an ordinary girl. She gets guidance from Aman’s Dadi. She doesn’t feel she can do any magic. She accomplishes the task and wants Aman to fulfill his promise. Aman gets glad that his mum is fine. Aman and Roshni save the family from the Jinn’s evil powers. Aman realizes that she is really Ayana. He wants to know her truth. Roshni gets angry on him for insulting her. She wants to take the money and rush to save Salma. She tells him that she is leaving the house. Aman doesn’t let her go, since she is his wife now. Salma did the sickness drama to get money from Aman. She tricks Roshni. Aman and Roshni’s misunderstandings will end soon.

Shakti: Heer is kidnapped once again. Soumya and Preeto plan the family picnic. They consume the food and faint down. Saaya and her kinner gang kidnap Heer. After some hours, Soumya and others get conscious. They get a huge shock when they find Heer missing. Soumya gets finding Heer once again.

Tujhse Hai Raabta: Anupriya feels guilty that she has killed someone. She murmurs in sleep. She accepts to have killed someone. She isn’t able to forget this. Anupriya loses faith in herself. Kalyani and Malhar try to explain her that she hasn’t done any crime. Anupriya doesn’t listen to them. She keeps cursing herself. Kalyani gets worried for Anupriya’s disturbed mental state.

Bahu Begum: Ghazala has succeeded to plant the misunderstandings between Shayra and Noor. Azaan takes Razia’s help. He tries hard to clear Shayra’s misunderstanding. He doesn’t want Shayra to doubt his love. He tells her that he just loves her, and was keeping a friend’s duty towards Noor. He can’t believe that Shayra’s love is getting weak due to external hits on their relationship. Noor didn’t wish Azaan to suffer this way.