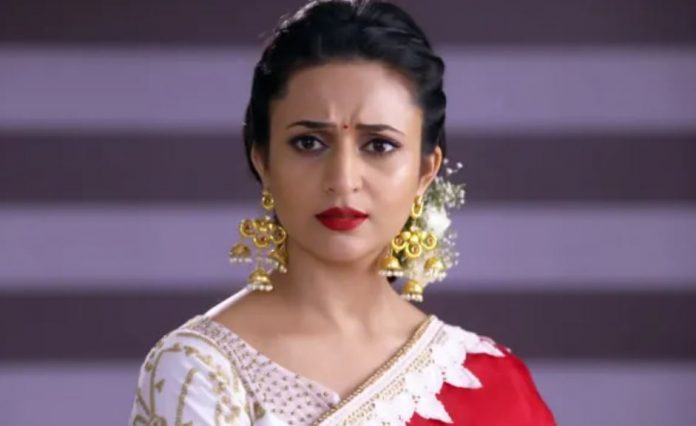 Yeh Hai Mohabbatein Unpredictable Attack on Bhalla family Ishita, Raman and some of the family members wait for the injured man’s relative at the hospital so that they can finish the formalities and make a leave. The elders await them at home and stay worried. Raman asks his family to go home and relieve the elders’ tensions. Arijit waits for Bhuvan and is angered. He doesn’t know where did Bhuvan go. Bhuvan meets him and faces his wrath. Arijit tells him that Raman is with entire Bhalla family at the hospital. He tells how Raman is connected to Thea’s dad via this accident and rescue.

He doesn’t want Thea to come and get spotted by Ishita. He tells that Ishita will soon track Neeti and also find his truth. He doesn’t want Bhallas to catch him. He seeks help from Malhotra. He asks Malhotra to call an urgent meeting and summon Raman at the office. Malhotra apologizes and fails to help him. Arijit then calls up Natasha to take her help in his plans. He plants a fake girl in Thea’s place to meet Bhallas and mislead them. Raman makes sure that the victim is recovering. He goes to clear his medical bills. Raman wants to save a life first. The man gets deeply indebted to Raman’s humanity move. He thanks Raman for saving his life.

Raman and Ishita wait for his daughter. They wonder why is it getting too late. Arijit instructs the fake to take Thea’s place and cleverly answer the police and Bhallas. He wants the girl to finish the discharge formalities and get Thea’s dad with her. He wants to keep his promise to Thea by saving her dad. He doesn’t want the girl to make any mistake and get Bhallas’ unwanted attention that could lead them to Neeti. Arijit thanks Natasha for sending the girl on time. Natasha reminds him that he has to finish his work by kidnapping Raman soon. Arijit wants to get rid of his own tensions first.

The girl gets confident that she will trick even the police, because of Arijit’s cunning tips. Arijit hands over the address where she needs to bring Thea’s dad. He asks her not to take any help from Bhallas and lie about the man’s Alzheimer disease. The girl meets Bhallas. She plays a convincing drama and lies that her dad met with an accident. She thanks Raman for saving her dad. Ishita finds something weird when the girl doesn’t think of the victim’s pain and hurries with the discharge process. The girl signs the forms and gets going with Thea’s dad. Ishita learns that Thea’s dad wasn’t recognizing him.

The girl gets Thea’s dad sedated to calm him down and take him away easily. Ishita informs Raman that something is wrong, since Thea’s dad wasn’t willing to go with her. Raman is glad that the matter got resolved. He doesn’t want Ishita to spy around. Ishita connects the dots by overhearing the girl’s conversation with Thea’s dad. She tells Raman that nurse Thea was with Neeti that day. She feels the person is Thea’s dad and someone else came to pick him intentionally. She tells Raman that they should just follow the cab and know the truth. The girl takes the man to the address given by Arijit. Thea gets glad to meet her dad.

Arijit learns that Raman has been following the girl and reached his house. He doesn’t want Raman to know the truth. Raman, Ishita and Karan try to get inside and meet Neeti. They want to know their hidden enemy. Arijit takes the desperate step. He asks Bhuvan to harm them or at least make them fall unconscious. He plans to shift Neeti to another place before Bhallas reach him. Ishita follows her instincts and attempts to reach Neeti and Thea. Bhallas get attacked by Arijit and Bhuvan.

Reviewed Rating for this particular episode: 2/5 Dragging
This rating is solely based on the opinion of the writer. You may post your take on the show in the comment section below.