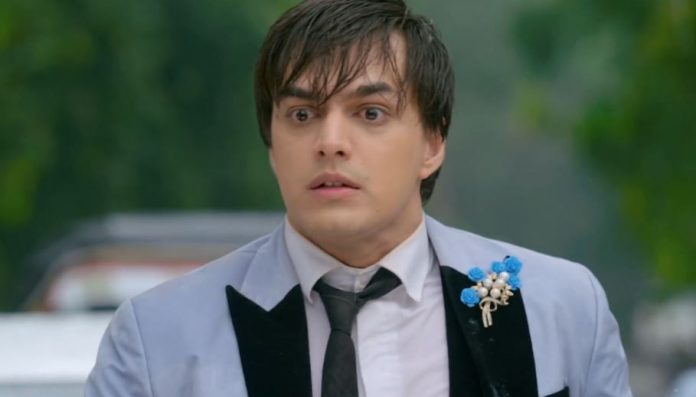 Yeh Rishta Starplus Kartik stunned devastated Kartik cherishes the gift given by Naira. He gets grateful to her. Pallavi turns angry on seeing their romance. She thinks Naira is really bad to use Vedika’s absence. She feels Naira isn’t the one as she appears, since she is cheating Vedika behind her back. She tries calling Vedika to inform her. Vansh tells Manish that Kairav is upset and doesn’t want to come for cake cutting ceremony. Manish feels Vansh is joking to win some bet with Kairav. Vansh tries hard to convince him that its the truth. Manish doesn’t pay heed to his talks. He tells Vansh that every man had been a child before and played such silly tricks in birthday parties.

Vansh wants to inform the family. He knows Kairav wasn’t joking, he really looked angry. Naira is happy realizing that Kartik liked her gift. She controls her feelings. She has many memories with Kartik. She doesn’t want to flow in her emotions, knowing Kartik is Vedika’s husband now. She finds Surekha’s behavior weird. She asks Surekha about it. Surekha confuses her further. Naira wants to know if anything is troubling Surekha. Kartik is excited to cut the cake and celebrate his birthday with Kairav.

He asks Naira to come quickly. He finds Kairav upset. He asks the family if they know the reason for Kairav’s sorrow. They ask him not to overthink and just focus on happiness. They tell Kartik that Kairav isn’t well and reacting such. Naira gets the cake for Kairav. Kartik jokes that she did this intentionally to get the credit. Naira jokingly apologizes to him. Kairav feels bad that his dad is insulting his mum in front of the guests. He misunderstands their funny banter.

Kartik tells Kairav about their special day. He tells the family about his first memorable meeting with Kairav. He recreates the same moment for Kairav. He is very happy and wants to see his son’s smile. The family wishes them all the best. Naira asks them to cut the cake. Kairav is much angry. He denies to cut the cake and celebrate with his dad. The family asks him if its some prank. They ask Kartik not to joke. They want to know if Kairav planned this to tease them. Kairav doesn’t answer him. He smashes the cake until Kartik stops him. Kairav jerks off Kartik in anger and shouts his hatred. Kartik slips in disbelief.

He can’t believe his ears. The family reacts worriedly. Naira wants to know why is he saying so, what is bothering him. Kairav tells her about the instances when Kartik has hurt her, made her cry and scolded her. Naira clears his misunderstandings. Kairav doesn’t get willing to listen to her. She doesn’t want Kairav to break Kartik’s heart. Kairav sticks to his words that he hates Kartik for being the bad person. He runs out of the house and gets into the middle of the road, while his parents and family follow him. They don’t want little Kairav to fall into any danger. Kairav faints by fear in front of a truck. Kartik and Naira break down with Kairav’s sudden hatred formation. Kartik feels responsible to ruin his child’s innocent childhood.