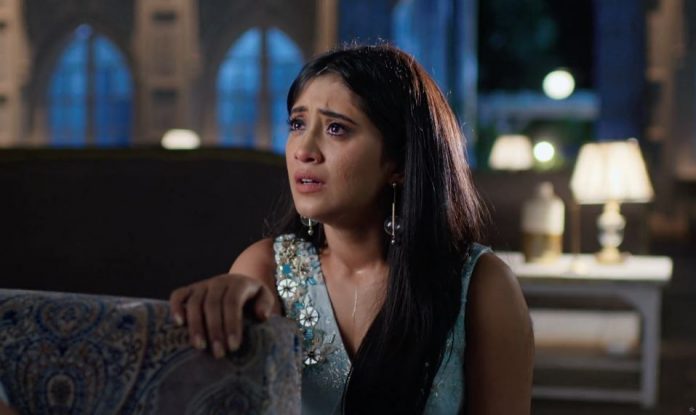 Yeh Rishta Starplus Naira decision Kartik gloomy guilt Kartik fears that Kairav may take his time and maybe hate him for years. Kartik and Kairav’s bonding catches bad sight. Dadi sheds tears of sorrow. Naira realizes Kartik’s pain. She comes up with a plan to tell the entire truth of their relationship to Kairav. Kartik doesn’t want to break Kairav’s heart by taking a chance. She wants Kairav to understand the truth. He feels that they can’t tell his mistake to Kairav, which would make his hatred more. She doesn’t want Kairav to hate Kartik.

He warns her that Kairav may hate her on knowing the complete truth. He asks her not to punish herself to help him out. Naira doesn’t want Kartik to lose Kairav’s love this way. She wants Kairav to end his hatred and know Kartik as a person. Kartik asks her not to hurt Kairav. Manish knows Kartik won’t get away from Kairav. Suwarna feels Naira would be blaming herself. She supports Naira. Dadi feels her family won’t give any more tests now. She takes a decision. Kartik asks Kairav to give him one chance.

He is ready to stay away from Kairav, if that melts his hatred. Dadi feels both Kartik and Naira are at fault and this is harming Kairav’s future. She feels they are also at fault to not understand this situation before. Kartik doesn’t hold courage to face his son. He shares his grief with Naira. He wants to repent for his actions. He makes a sacrifice and decides to stay away from Kairav and Naira. Dadi wants Kartik and Naira to pretend like a happy couple and shift to Goenka house for Kairav’s sake.

She doesn’t take Naira’s refusal. Kairav plans to go back to Goa. Naira also takes a big decision to unite Kartik and Kairav’s misunderstanding some how. She doesn’t want Kartik to undergo pain of long years to get his son’s love and faith now. Naira takes Kairav to Goenka house to present the real Kartik to him. Will Kartik be able to win his son’s heart? Keep reading,