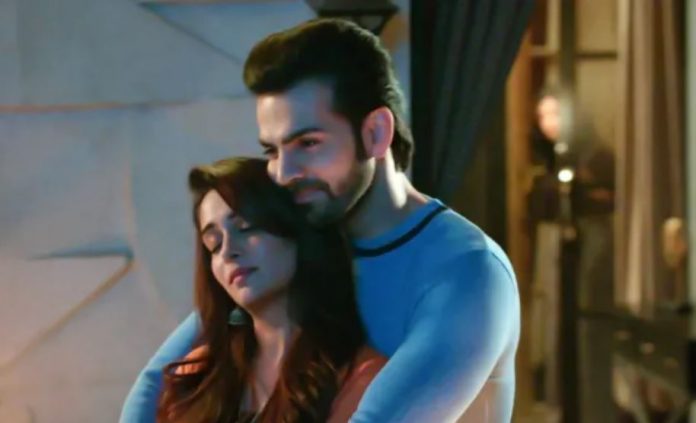 Kahaan Hum Tum Starplus Ronakshi prepped enemies Sonakshi is stunned to read the pre-nuptial agreement prepared by Naren. She is moved by the conditions kept by Naren. She doesn’t want to think of divorce. She tells him that this situation of divorce will never arise. She asks him why does he think that she is marrying Rohit for the sake of money. She isn’t interested in Sippy’s richness. He mentions about Suman’s big mistake. He asks her to confront her mum about disturbing their mental peace. He tells her that pre-nuptial agreement is a common thing in rich households.

He tells Suman that he understands her concern for Sonakshi’s future, but she could have asked them directly instead enquiring from their CA about Rohit’s stake. Sonakshi can’t believe this. She asks Suman what thought has made her do this. Suman tells her that she has just thought of securing her future, since no one can say how time changes. She thinks of the time when Sonakshi gets out of work. Sonakshi doesn’t think that she needs to depend on Rohit for finances. She is sure of her talent and capabilities. Sonakshi decides to talk to Naren and sign the agreement papers.

On the other hand, Raima stops Rohit from meeting Sonakshi by stating the preset rituals. Rohit doesn’t believe in anything such. He tells her that he loves Sonakshi and nothing can change their love. He shows the mehendi trick done by Sonakshi. He is thankful to Sonakshi for coming into his life. She gets filled with rage when he compares Sonakshi with her and finds Sonakshi a better person. Sonakshi wants to tell Naren that she just wants Rohit’s love, she doesn’t have any interest in his richness. Mahesh learns about Sonakshi’s pre-recorded scenes. He makes plans to get Sonakshi back on the sets so that he can kidnap her. He meets the editor and ruins the clips memory card. He acts clever.

Rohit gets surprised when Sonakshi arrives home. Sonakshi makes an excuse that she has come to check on some jewellery. She hides the fact that she has come for speaking to Naren. She asks Rohit not to accompany her. Sonakshi tells Naren that she will always be self sufficient, she will never claim Rohit’s property. She clears Naren’s misunderstandings. She signs the agreement, stunning Naren. She makes Veena proud.

She wants Naren to preserve the proof of her love for Rohit by not destroying the papers. Sonakshi meets Rohit and hides the fact that she met Naren to give the signed pre-nuptial agreement. Rohit and Sonakshi plan a surprise dinner date, when he prepares noodles for her. They spend some quality time, while Raima turns jealous. She misses her time with Rohit and feels Sonakshi has taken her place. Sonakshi doesn’t want Rohit to doubt on her intentions. She asks him to always love her. Rohit promises his love and asks her to never hide anything from him.

She feels guilty to lie to him. Raima’s senses get poisoned by Sulochana’s words. Sulochana asks her to claim Rohit who just belongs to her. She asks Raima to make a last try to win him back. Raima prepares to win Rohit, while Mahesh replaces the haldi for Sonakshi.