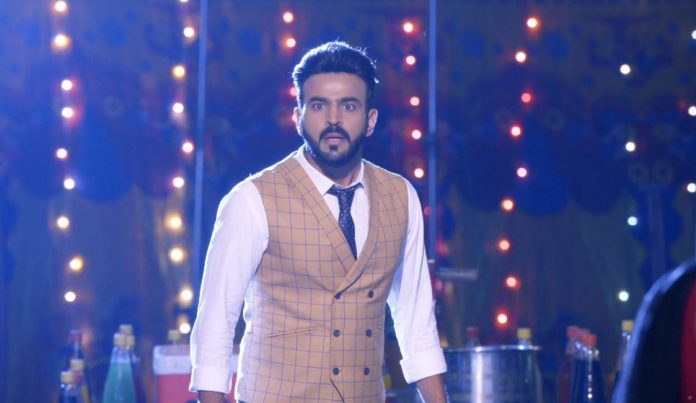 Yeh Hain Mohabatein StarPlus Arijit mysterious revenge Ishita comes across Neeti at a garment shop. Neeti finds her resembling her mother. She doesn’t want to let Ishita go. Ishita finds her hiding under the table. She tries to talk to Neeti and help her. Ishita and Raman try to bond with Neeti. Arijit learns that Neeti is in market area. He asks his men to reach there and find Neeti. He looks for Neeti madly. Ishita tells Raman that they should help the young girl.

Raman and Mihika try hard to help Neeti. Ishita asks Neeti to just share about her family once. Neeti isn’t comfortable to tell anything. Arijit misses to see Neeti. Neeti comes in front of Ishita. Ishita recognizes her and tries to help. She had been looking for Neeti. Neeti gets scared on seeing her.

Neeti doesn’t listen to Raman and Ishita. She runs away in no time. Arijit hears Neeti screaming and looks for her. He finds her and gets surprised. He goes to her. He then finds Raman and Ishita following Neeti. He hides from their sight to not get the truth exposed.

Raman finds Neeti fainting down. He takes Neeti with him to the car. He decides to take her home. Ishita finds Neeti in trauma. She doesn’t know their connection. Raman wants to look after Neeti and stabilize her condition first before informing the police. He wants to find out Neeti’s parents.

On the other hand, Yug gets crazy while taking care of Aaliya. She wonders what is he thinking. He tells her that she should eat healthy food for the baby’s sake. She gets a shock knowing he is assuming her to be pregnant. She clears his misunderstanding. She tells him that she isn’t pregnant. He gets bit upset and laughs on his foolishness. He confronts her about the sonography reports. She tells her that she was excited to share her friend’s reports with him. She was happy to see a new life in the pictures. Yug understands her. He apologizes.

Aaliya finds his dinner plans and gestures cute. She is happy and thinks he will become a great father. Yug tells her that he had been preparing himself to be a good father since he assumed the good news.

Aaliya and Yug share a romantic moment on their dinner date. They dance and enjoy their quality time. Yug gifts her earrings for Diwali. She appreciates his choice. Ishita informs Yug and Aaliya about finding Neeti in the market. Raman and Ishita take Neeti home and comfort her. Arijit fears that Raman and Ishita won’t sit quiet and try to find out Neeti’s parents. He doesn’t want them to know about him. Ishita comforts Neeti at home to know their mysterious connection. Arijit’s big revenge motives will be finally out in the coming track.