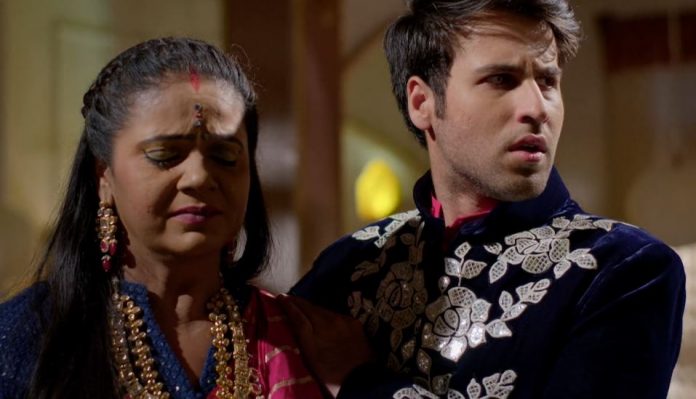 Hotstar Rishtey Pyaar Raabta Spoilers Upcoming Kunal tells Meenakshi that just Mishti could understand Mehul’s truth. He holds his family close to his heart. Like Meenakshi, nothing is important to him than family. Meenakshi asks him what does he want to do. He tells her that they should accept Mishti heartily. He feels guilty that he failed to support Abir. He asks Nanu not to cover up his mistakes. He feels he should have stopped Abir some how when Abir was leaving the house. He asks Nanu to slap him. He breaks down. Nanu, Parul, Nidhi and Kaushal console Kunal. They already find Kunal a good brother. He tells them that he should have become a good brother like Kaushal is for Meenakshi.

He promises to become a good brother for Abir, the one Abir deserves to have. Meenakshi and Mishti get Abir home, after Abir learns Mehul’s truth. Abir had left the house for Mehul’s sake. He couldn’t believe Mehul’s allegations against Meenakshi. While Abir tests Mehul by a small drama, Mehul himself admits the entire truth that he isn’t interested in Abir. Abir gets freed from Mehul’s evil. The family gets united. Parul hides the past truth and is happy seeing Abir and Kunal together. Abir gets emotional on hearing Kunal. Kunal wants to live with Abir, like before. Abir joins his family back. Abir’s trust on Meenakshi gets firm again.

Everyone does Garba dance to celebrate. Meenakshi loves the sight of their union. On the other hand, Mishti weaves new dreams of Abir and her union. Kuhu wishes Mishti to get happiness in her new life. Kuhu prepares Mishti to visit the Rajvansh family. Mishti gets emotional on making the bond with Kuhu better. Kuhu stays worried on Kunal’s take on their divorce. Mishti decides to bring Kuhu’s life on track. She doesn’t want Kuhu’s marriage to break and bring sorrow for Maheshwaris. Mishti and Kuhu meet Rajvansh family. Meenaksi surprises them by keeping a family photoshoot. She expresses her love for both her Bahus. There will be new twists for Abir and Mishti.

Swara is giving much tension to Kalyani and Malhar. Kalyani requests Swara to tell the truth to her, so that she can save Malhar from problems. Swara feels helpless. She can’t help Malhar. Kalyani knows how to handle Malhar’s anger. She loves Malhar a lot. She wants to find some way. Kalyani’s baby gets kidnapped again. Kalyani and Malhar can’t live without the baby. Kalyani will find out the mysterious kidnapper.