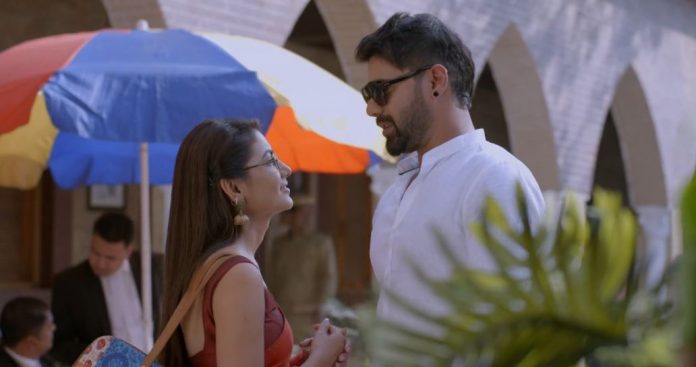 Kumkum Bhagyaa Zee Pragya Abhi Shocking drama Abhi and Pragya fail to know the truth about being connected already through Prachi. Abhi tells Purab that Ritik and Disha are just business partners. Purab is depressed. He wants to earn Disha’s trust. He regrets to have a fight with her. Abhi asks him to be patient. Purab tells that Aaliya was also upset. Abhi pities his situation. He cheers up Purab. Purab asks Abhi why is he so happy, when Pragya is supporting Rishi. Abhi is sure that he will talk to Pragya and sort their issues.

He doesn’t want lack of communication to ruin their bond. Abhi tells Purab that he planned a family dinner with Pragya and their daughters. Purab wishes him luck. He wants Abhi to be happy. Pragya assures Rishi that they will win the case. She doesn’t want Rishi’s self respect to get at stake. Lawyer tells Pragya that Rishi’s case is weak. Pragya asks Rishi to stay calm. She is sure that truth will win. Abhi reaches the court happily to meet Pragya. Priyanka doesn’t know their bond. Pragya feels strange to meet Abhi in the court. He doesn’t want their court room drama to affect them.

He tells them that their lives will going to be good with their daughters. He doesn’t want Rishi and Priyanka’s matter to ruin their happiness. He tells her that he wants the real culprit to get punished. Priyanka proposes Rishi for marriage. He reacts angrily on her madness. She is obsessed with him. He tells her that he won’t spare her and send her to the jail. He refuses to marry her. She promises to get him behind bars. Abhi wishes luck to Pragya for the case. Abhi and Pragya share a lovely hug. They proceed for the court hearing of Priyanka’s molestation case.

Priyanka’s lawyer defames Rishi and tags him a criminal. Rishi’s lawyer protects his client. Priyanka’s lawyer cooks up a fake story to frame Rishi. Abhi believes Priyanka’s story. Pragya knows Rishi is innocent. She stays calm to let her lawyer play the next move. Abhi controls his anger on hearing the cheap story. Rishi’s lawyer keeps Rishi’s side of story. He tells that Rishi refused to Priyanka’s molesting move and she accused him falsely. Abhi can’t tolerate the legal battle. Rishi’s lawyer tells the judge that Priyanka isn’t a victim in the case. Abhi gets angered on hearing cheap comments from the guys.

He doesn’t want the guys to make fun of Priyanka. Pragya wishes the truth to come out. Abhi apologizes for his behavior. He feels Rishi is the culprit. Priyanka’s lawyer provides evidences to support her. Pragya provides hints against Priyanka’s devious act. Aaliya gets angry on Purab for his behavior. She confronts him for meeting Disha. He doesn’t want to give her answers always.

After his clarification, she apologizes to him. He doesn’t believe her fake apology. Aaliya controls her anger. Abhi gets questioned in the court. He gives his true answers. Pragya hopes that Abhi’s statement works in Rishi’s favor. Abhi still feels Rishi had molested Priyanka. Rishi’s lawyer tries to prove that Priyanka had injured herself to mislead the police to frame Rishi. Priyanka plays the victim card. She doesn’t want to get targeted. Rishi’s lawyer reveals about Abhi bashing up Rishi in the lockup. Abhi and Pragya face the ugly court battle.