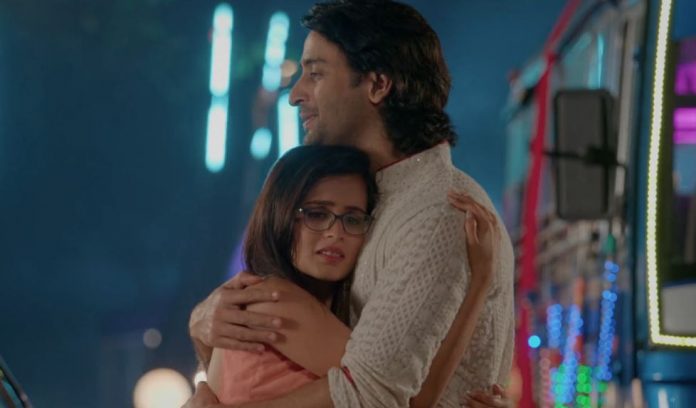 Rishtey Pyaar Shocker Hidden enemy strikes Mishbir’s union Abir and Mishti meet on their romantic date. Its their first date post engagement. Abir wants to spend most of his time with his lady love. Mishti teases him. They have a filmi romance. Mishti creates the Aashiqui moment. Mishti shows her boldness to pull his leg. Abir and Mishti express their love. Mishti cheers him up, knowing he had faced a big storm in his life. She doesn’t want him to think about Mehul again. She tries to bring him closer to his family. She knows Abir is smiling, but he is still disturbed by Mehul’s cheat. She doesn’t want him to be heartbroken and let the pain go. He tells her that his family love him a lot.

He tells Mishti that none make him feel how much he had hurt them in last few days, so that he doesn’t feel guilty. He feels more guilty that he didn’t understand his lovely family. He feels he doesn’t deserve their love. He thanks Mishti for understanding him so much. He tells that he is very lucky to get a life partner like her. Abir tells her about Meenakshi’s funny drama. He tells that Meenakshi asked him to leave Mishti once, for which he promised too unknowingly. He tells Mishti that he can never leave her, else he can’t live. Meenakshi’s heart for Mishti doesn’t change. She even dislikes Mishti.

She feels Mishti will snatch Abir some way. Abir tells Mishti that Meenakshi didn’t mean her words and just took his test, in which he passed. Mishti isn’t doubting Meenakshi, knowing her sacrifices made for the family. She doesn’t think Meenakshi can cause any harm to Abir and her relation. Kunal too gets misled by Meenakshi when she tells him that she will accept Mishti. Kunal and Kuhu’s bonding will be seen. Meenakshi doesn’t want Kunal’s marriage to break. Also, she doesn’t want Abir’s marriage to happen with Mishti. Her insecurities get high. Meenakshi will seen breaking Abir and Mishti’s marriage cunningly in the coming track. There may also be a short leap in the story with Mishbir’s love longing.