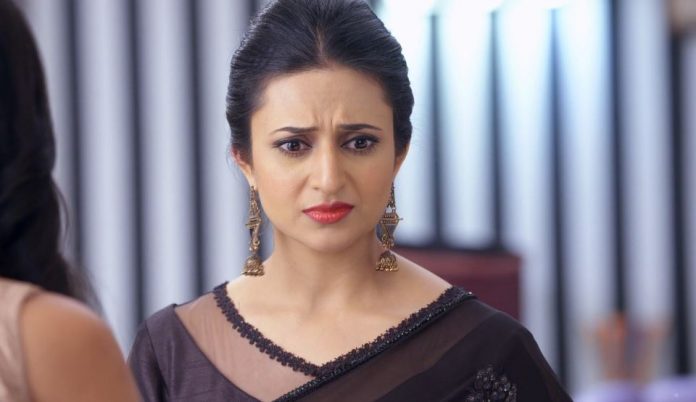 Yeh Hai Mohabbatein Neeti past connect stuns Ishita Shardul is the secret accomplice of Arijit. They reveal their plan of entering Ishita’s life to get into Bhalla house. Ishita is much worried that Raman didn’t return home till now. She tells Mihika that Raman may be in trouble. She thinks she is getting an odd feeling that Raman isn’t fine. Mihika thinks Ishita is overthinking. She asks Ishita to just relax and wait for Raman. Ishita calls up Raman (Shardul) to call him home. Shardul is busy with Arijit in their secret meeting.

Mihika tells Ishita that Neeti likes to make sketches and this is the only medium by which they can know about Neeti’s family background. Ishita asks her not to stress Neeti and let her keep the sketches with her, they can check on that later when Neeti is away. Mihika looks after Neeti like she used to take care of little Pihu. Arijit and Shardul wonder how did Ishita save Raman after the deadly attack. They don’t know where is Raman. They know that Ishita had hidden Raman at some safe place.

Shardul reveals the reason of meeting Ishita at the hospital after Raman’s accident and offering her help. He has done this on Arijit’s saying with an aim of revenge on Raman. He wanted to find out about Raman’s location from her, but she never disclosed anything.

He tells Arijit that Sudha was always a part of Ishita’s plan and played the drama to prove him as Raman in front of the media. He tells that even Sudha denied to tell him about Raman. He wants to win Ishita’s trust further so that she herself takes him to Raman. He wants to take revenge on Namita’s killers Raman and Ishita.

He is ready to do anything to get justice for Namita and Neeti. Arijit likes Shardul’s determination to take revenge. He is much grateful to Shardul for executing his plan and cheating Bhallas. He asks him to get back home before Ishita suspects him. He wants Shardul to find out about Raman as soon as possible, before Neeti identifies them and ruins their plan. He tells Shardul that he got rid of Natasha and Sunil, who were posing big threat to him. Shardul tells Arijit that he already knew about Natasha’s plan to get the diamonds. He doesn’t love a selfish woman like her.

He returns home and tells her that he couldn’t get any details about Arijit’s past from Malhotra. Ishita asks him not to worry. She is sure that Neeti will help them. Yug doesn’t want Raman to go anywhere alone. He is much concerned for Raman. Shardul apologizes to Ishita for failing to find her enemy.

He praises Ishita’s love for Raman. He tells Arijit that Ishita did a lot to prove to family that he is Raman Bhalla, she really has a good character. Arijit asks him not to fall in Ishita’s drama trap. Shardul answers Ishita’s call and informs her that he is finishing the meeting with Malhotra.

She tells him that Raman is recovering, he will be out of coma soon. He expresses his wish to meet Raman. She assures that she will take him to Raman soon. She is much thankful for all his help. Shardul asks Mihika to take laddoos for Neeti. Mihika goes to feed Neeti. She finds Raman’s sketch and gets a huge shock knowing their strange connect. She asks Ishita to recall if she knows Neeti.

Ishita is shocked as well. She doesn’t find any connect. She feels Neeti knows Raman, while Raman doesn’t. Ishita calls the police for investigation. Shardul gets worried and thinks his truth will come out. He opposes Ishita’s move. Later, Neeti identifies Shardul as her uncle, which leaves Ishita in deep shock. What will Shardul do to fool Ishita? Keep reading.