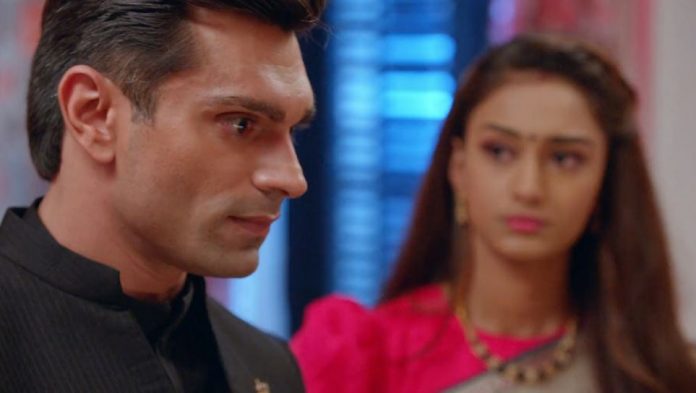 Kasautii Zindagi Prerna Bajaj team up Biggest twist A big possibility of Mr. Bajaj’s entry in Kasauti. Prerna is able to realize that Sonalika resembles Komolika a lot. She can’t reveal Komolika’s truth to Anurag, who already lost his memories. She can’t burden him by her suspicion. She can’t even take help from Basus, who got blinded by Sonalika’s fake concern. She wants someone who could help her in getting rid of her major problem, Komolika. Prerna stays disturbed to imagine that Komolika can be back as Sonalika. She wants to find out if Komolika has really returned. Sonalika gets angered when she finds Prerna getting all the attention in Anurag’s life. Anurag wants Prerna and her baby to be safe.

He isn’t aware that its his baby in her womb. He still feels responsible towards the baby. Prerna is glad and understands his true concern for their baby. She doesn’t feel bad and respects his word. Komolika loses her cool on seeing their unspoken bonding. She wants Prerna to die. She gets weirdly psychotic, just like Komolika. Prerna keeps an eye on her to know her real identity. Komolika doesn’t want anyone to know her truth. She thinks she shouldn’t act like Komolika. She suppresses her anger.

Anurag scolds Komolika for being so careless and risking Prerna’s life. She asks him about his angry reaction. He explains her that her negligence would have cost a baby’s life. He wants her to understand the seriousness of the moment. He leaves her upset. She thinks the baby is becoming the connecting link between Anurag and Prerna.

She wants to kill the baby before it snatches her happiness. She doesn’t want Prerna to cross her limits and snatch her world again. Prerna gets joy thinking of Anurag’s concern. She is surprised to get his call. Anurag couldn’t sleep at night thinking of her baby’s welfare. He tells her that he feels protective about her. He doesn’t know the reason for it. He promises to take care of her, since she is his responsibility. He sounds weird to himself and disconnects the call. Prerna is glad that his heart is tending more towards her. Komolika wants the baby to not pose hurdles for her. She thinks of meeting Ronit and make a plan to kill Prerna and her baby. She wants to end Prerna’s chapter from Anurag’s life.

On the other side, Prerna gets pampered by Shivani. The sisters spend good time after a long time. Prerna shares about Anurag’s concern for the baby. She is happy to have him in her life. She shares her suspicion about Sonalika. She tells that she can’t be wrong, but Sonalika is just like Komolika. Shivani thinks of testing Sonalika. She believes Prerna. She calls Sonalika and observes her rudeness. Shivani also thinks that Sonalika is Komolika. The sisters decide to spy on Komolika. They get Vishal’s invite for his Sangeet. Shivani wants Prerna to stay happy for the sake of her baby. Prerna and Shivani attend the Sangeet function, where they come across Basus. Basus are from the bride’s side. Komolika gets angered on finding Prerna again.

Anurag gets his focus on Prerna again. He gets caring for her baby. Shivani praises Anurag. Prerna is proud of his love, since he lost his memories, and still his heart cares for her. Komolika distances Anurag from Prerna. She dances with Anurag in the Sangeet to make Prerna jealous. Shivani feels bad for Prerna. Prerna warns her against coming into Komolika’s sight. She wants Shivani to stay safe. Prerna and Shivani make a plan to find out the truth. Komolika instructs Ronit to kill Prerna. She wants Prerna out of her life for once and all. Shivani learns that Komolika is really back and is more revengeful this time.

She wants to alert Prerna about Komolika’s plans. Prerna falls in danger, while Anurag timely rescues her from the falling chandelier. Prerna learns about Komolika’s dangerous attack. The news of the attack reaches Mr. Bajaj as well. He learns about Anurag’s amnesia and remarriage with Sonalika. Prerna will be seen sharing Komolika’s truth with Mr. Bajaj to seek his help. Mr. Bajaj’s entry is very close from now. Prerna and Mr. Bajaj will team up against evil Komolika. She will be introducing Mr. Bajaj as her husband to revive Anurag’s memories. Keep reading.