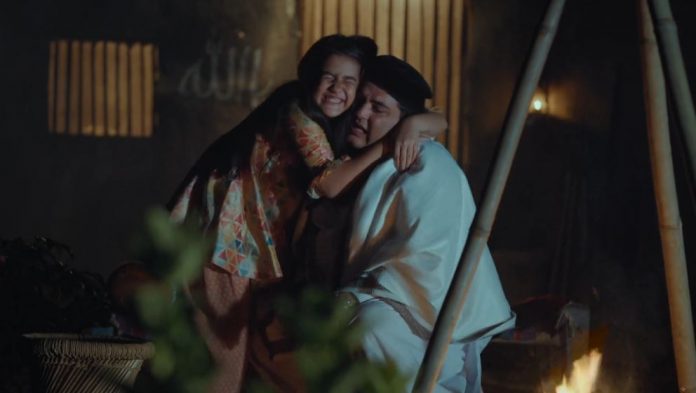 Kulfii Kumar Bajewala Upcoming Interesting twists Kulfi gains consciousness. She finds herself at a peaceful place. She thinks she has finally reaches her destination. She likes to watch the lightning bugs. She comes across a simple man, while she assumes him to be divine figure. The man had helped her and brought her to his place. She tells him that he is the Guru ji whom she wanted to visit in Kartarpur. He dances happily thinking he is much famous. She realizes he isn’t the one she assumed. She asks him about her location. He asks her to feel comfortable at his place.

He tells her that he found her unconscious and shouts for help, but when no one turned up, he got her home. He asks her not to get scared. She tells him that she needs to make a call home. He asks her to talk to the moon. She wants him to help. He apologizes that he doesn’t keep any phone. He promises to help her. He introduces himself as Tuntuna. He is happy to have her in his little abode. He wants her to contact her family the next day. She tells him about her mum’s death. She tells that she talks to Nimrat every night by seeing her star. She makes him talk to stars too. He asks her if she has lost her way. She recalls the bus accident.

She tells him that the bus fell into the river. He gets scared to think of her plight. He tells that she is lucky to get saved. He feeds her food. She misses her mum. He asks her about her town. She tells him that Nimrat was from a small village in Punjab. He doesn’t understand that she is talking about Punjab in India. He gets mistaken. He sings a song and bonds with her. Kulfi finds him talented. She sings with him and leaves him stunned by her melodious voice. He finds her soul pure and innocent. The people hear Kulfi’s voice and connect with her. Tuntuna praises Kulfi’s singing.

She tells him that she is liking to be with him, but she needs to go back to her dad. He wants her to stay with him forever. He finds her a really nice girl. She wants to call Sikandar. When she borrows a phone and calls Sikandar and Amyra, she fails to connect to them. Tuntuna tells her that he will drop her to her village. She tells him that she currently lives in Mumbai. He gets a shock and asks her about Chirauli village. She tells that she is from India. Tuntuna gets worried. He lies to the people about Kulfi. He asks her to sleep so that they can go early in the morning to call her dad. He doesn’t want anyone else to know the truth.

Elsewhere, Lovely prepares food for the chawl people. She invites them for dinner. She wants to bond with them. The people like the amazing food. Amyra likes Lovely’s homecoming for many reasons. The chawl people don’t like the food, but praise it to keep Lovely’s heart. She thinks the chawl is worse than the jail. She doesn’t want scarce resources. She wishes Kulfi never came into their life. Tuntuna is scared that villagers will call the police. He thinks if he should also inform police to send back Kulfi to India. He changes his mind. He then reveals to Kulfi about their country. She is left in shock on knowing that she has come too far to Pakistan.