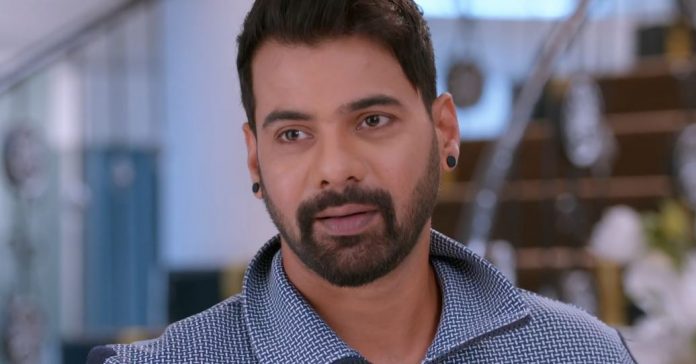 Kumkum Bhagyaa Coming twists Zee5 Abhi Pragya Abhi loses his temper on knowing that the police isn’t arresting Rishi. Pragya calls the lawyer to defend Rishi from new accusations. Priyanka checks in a low class lodge just to hide herself from the world. She wants her suicide news to flash on the news channel. She wants to know if Rishi got arrested, if Abhi learnt about her suicide. She feels Rishi is a big fool and going to pay a big price by rejecting her marriage proposal. Abhi tells Pragya that Rishi is a criminal, who molested Priyanka and pushed her for suicide. Pragya understands his emotions.

Abhi feels answerable to Priyanka’s Dadi. He has the responsibility of Priyanka’s life. She asks him not to make mistake and misunderstand Rishi. He was expecting her to stand by him. She asks him not to support wrong people all the time. Her words hurt Abhi. She doesn’t want Rishi and Sarita to face the worse. She is indebted to Sarita. She is supporting the truth. The family asks Abhi about Priyanka. Abhi gets speechless. He tells Priyanka’s Dadi that he will find out about Priyanka and inform her. Meera finds Abhi worried. She wants to know the reason. She thinks maybe he had an argument with Pragya. Abhi and Pragya miss each other. Abhi is hurt that she always goes away from him and stands against him.

Pragya is hurt that he misunderstood her again. He feels she never understood his emotions. She didn’t wish this case to affect their relation, as Abhi promised her. Abhi feels helpless, since he can’t lose Priyanka. Abhi meets Vikram and children. He asks Ranbir to become a good boy. He asks him to be happy. He feels Pragya doesn’t value his change. He asks Ranbir to better not change for anyone. Ranbir likes his advice. He agrees with Abhi, while Vikram senses that Abhi is too hurt because of someone. He wants to pacify Abhi. Pragya is upset that she is losing Abhi’s trust. Rishi apologizes to her for putting her in trouble.

She wants to help him for Sarita’s sake. She asks him to learn dealing with such obsessed people. She tells him that Priyanka is wanting to ruin his life. He asks her how does she trust him so much. She tells him that its her basic instinct, she can trust him. She asks him not to worry. Pragya spends time with Prachi and Shahana. She pampers them with love. Rishi feels lucky to get such a family. Priyanka tries to hide her identity at the lodge. Ranbir looks for Prachi at the college. He learns about his friend Dheeraj’s critical state. He enquires about Dheeraj. Priyanka tries to spread her fake suicide news to get Rishi in trouble. Keep reading for Kumkum Bhagyaa Coming twists.