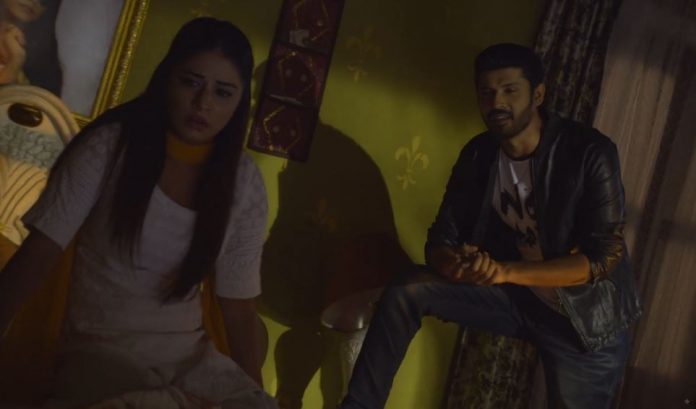 Nimki Vidhayak Star YRKKH Upcoming Highlights Nimki gets slapped by Mintu’s Dadi. Dadi tells her that Mintu saved Mahua’s life, he did a lot for her sake and still Nimki wanted to kill him. She tells that he has become Babbu Singh in front of Anaro just to keep Nimki’s heart. She feels Nimki can’t be trusted, she has just seen his face, not his good heart. Nimki feels sorry. She apologizes to Dadi. She tells Dadi that she will pay Mintu’s hospital expenses and also get him a job when he recovers. Dadi asks him how can she equate her misdeed with money. She asks Nimki not to talk like politicians. Nimki tells Dadi that she learnt Mintu saved Mahua and wants to them him. Dadi asks him to never meet Mintu again. Shankar tells Ganga that he has cleaned Parag’s name from the mess.

Ganga asks Shankar to kill Mintu so that there is no danger on Parag. Shankar agrees to kill Mintu. She asks him to kill Mintu in a way that Nimki gets framed. Shankar asks her if she won’t favor Nimki. Ganga tells him that Nimki isn’t of any use for her now. She asks him to kill Mintu so that Nimki gets jailed. Dadi gets emotional and talks to Mintu. Nimki tries to meet Mintu once. Nimki gets scared on seeing Babbu Singh. She feels bad to shoot Mintu. She rushes to the hospital to apologize to Mintu. She takes Tunne along. Shankar sends a goon to poison Mintu. Mintu gets poisoned. Dadi gets worried on Mintu’s state. Nimki tells her that someone had come to inject Mintu. Dadi blames her for hurting Mintu again.

Naira and Vedika become part of puja. Dadi feels responsible for forcing Kartik for marriage and complicating three lives. She apologizes to them. She hopes that things will get fine. Naira asks Vedika not to feel insecure and live well. She assures that she will get away soon. Vedika really wants Naira to go away. She doesn’t want to lose Kartik, who is her only protector now. Naira suspects Akshat by his odd behavior. He gets his hand burnt by hot tea. He hides his tattoo from Naira. He wants to trouble Vedika. Kairav wants to celebrate Vansh’s birthday and also keep a masquerade party. Akshat plans to fulfill his evil motives in the party by hiding his truth.