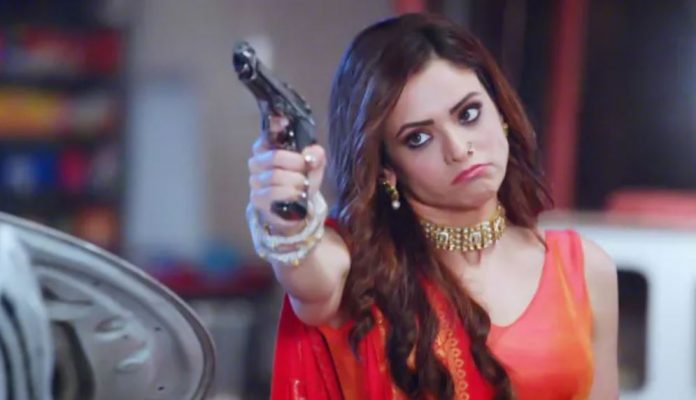 Kasautii Starplus Prerna Anurag defeat Ronit Komolika Shivani gets Prerna outside to show Ronit and Sonalika together. She tells Prerna that Sonalika is Ronit’s sister Komolika. They look for Sonalika in the parking lot. They don’t see Ronit or Sonalika. Prerna thinks Shivani is overthinking and assuming things. She doesn’t think that Sonalika would be related to Ronit. She talks of the alternatives. She tells Shivani that maybe Ronit was talking to Sonalika in general. Komolika speaks to a waiter, when Prerna sees her. Prerna thinks Shivani was mistaken. She asks Shivani to clear her doubts.

Komolika and Ronit make the plan to kill Prerna in the party. Ronit gets a dagger from his car and follows Prerna. He hides from Anurag and Shivani, while he goes after Prerna to stab her. Ronit doesn’t want to miss the chance. Komolika wants him to finish Prerna as soon as possible. She can’t tolerate Anurag getting mad after Prerna. Ronit tells her that he will do his work and meet her later. Komolika is sure that he will exact his revenge this time. Ronit misses the shot when Anurag comes in between and unknowingly protects Prerna.

Anurag gets protective of Prerna. He keeps an eye on Prerna to keep her safe. Prerna is touched by his gesture. She thinks if Anurag really lost his memory or not, since he is very protective of her baby.

Ronit doesn’t get any chance to kill her. He thinks to cut the chandelier rope and drop it over Prerna. He thinks no one will doubt if Prerna dies in the accident. He goes upstairs and dances with the dagger, while the dance goes on in the party. He bribes the waiter to shut his mouth. He cuts the rope and drops the chandelier on Prerna. Anurag finds the chandelier falling down. He rescues Prerna in the nick of time. He hugs Prerna with concern. Mohini feels bad that he is still connected to Prerna. Prerna is scared of the incident. Mohini wants Anurag to stay safe. She doesn’t care for Prerna. Komolika takes Ronit to save him from getting caught.

She hides him in her car. She does a sickness drama in front of Anupam. He finds her behavior weird. Anurag tells Prerna that he will drop her home. He asks Mohini to go home with Anupam. He feels protective for Sharmas. He learns that Prerna is staying at her aunt’s house for Veena’s sake. He feels Veena really needs a change after Rajesh’s loss. Komolika vents anger on Ronit. She asks Ronit how could he not kill Prerna. She angrily threatens to kill him. Ronit gets at her gunpoint. He asks her to get him engaged to an influential family girl.

He promises to kill Prerna. He asks her for another chance, since he loves her a lot. She asks him to shoot Prerna and kill her. She finds Anurag and Prerna coming there. She hides Rohit once again. She questions Anurag about Prerna. Anurag tells her that he will drop Prerna and Shivani home. Komolika covers up for Ronit. Anurag connects with Sharmas with love. Veena doesn’t stay upset on Anurag. She knows its fate’s mistake, Anurag is also helpless like Prerna. Komolika wants Anurag to come home. Anurag shows his concern for Prerna again. Anurag then reveals that he remembers his past, and also Komolika. This comes as a shocker for Komolika.