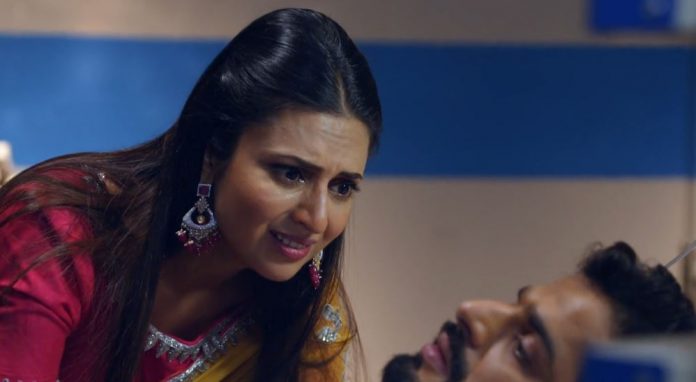 YHM Upcoming Surprise Raman wakes up from coma Ishita praises her life’s two big support pillars, Shardul and Sudha. She can’t thank them enough. She tells Sudha that though Shardul came to help them, but it was Sudha who had trained him to fit into Raman’s role in the family. She feels Sudha had put many tough efforts to make their plan possible. Sudha doesn’t want Ishita to thank her. She feels indebted to Ishita for being a motherly figure for her sons. She thinks she is lucky to meet such a great lady. After they finish the mutual admiration and thanks giving, Sudha asks Ishita to go home.

She tells Ishita that she has to cover up the truth from the family until Raman gains consciousness. She asks Ishita to be hopeful that he will come out of coma. Ishita and Sudha pray for Raman’s recovery. Sudha promises to update her about Raman. Ishita gets emotional while she makes a leave. She calls Ruhi to inform her about her coming to the old age home. She learns that the family has returned home already. She also goes home. Arijit misses Neeti and sounds like a weak parent. Shardul gets an idea on hearing Arijit’s emotional talks.

He tells Arijit that they will better target Ishita’s children on the emotional grounds, so that Ishita gets helpless to admit that Raman is alive. He wants Ishita to tell the family about Raman’s location. Arijit tells Shardul that the idea sounds good. He wants to know about Raman soon so that he can kill Raman and exact his revenge. He doesn’t want Neeti to stay with Bhallas for long. He wishes to take Neeti along and leave for London. Shardul returns home and plays a drama to influence the family. He tells them that he wants to get Ruhi and Karan married soon. This brings a wave of happiness in the family.

Shardul wants them to make arrangements for the marriage. Ishita gets a shock when she arrives home in the form of this good news. She tries to oppose the marriage. She doesn’t want the marriage to happen in Raman’s absence. Ruhi and Karan thank Ishita for the wonderful surprise. Shardul wants to know where did Ishita hide Raman. Karan takes the responsibility of his marriage. Shardul informs Arijit that his plan is successful. Arijit wants to know about Raman. Bhuvan questions him if Shardul isn’t Raman. Arijit asks him to mind his own business. Sudha learns about the marriage date fixed by Shardul.

She also wants Raman to be part of Ruhi’s marriage. She discusses the matter with Ishita and Shardul. Ishita asks Shardul why didn’t he ask her before making this announcement. Shardul tells her that Raman may recover soon, they can’t do wrong with Karan and Ruhi. He asks Ishita to think about the children’s happiness. Sudha promises to get the best doctor for Raman. Ishita tells her that she will wait for Raman’s recovery. She finds Shardul’s clarification justified.

She tells Shardul that his thought for Ruhi and Karan’s happiness isn’t wrong. Sudha and Ishita try to meet the doctor and seek help for Raman. Raman wakes up from the coma. Raman will be returning back to Bhalla family. Ishita gets pleased with Raman’s recovery.