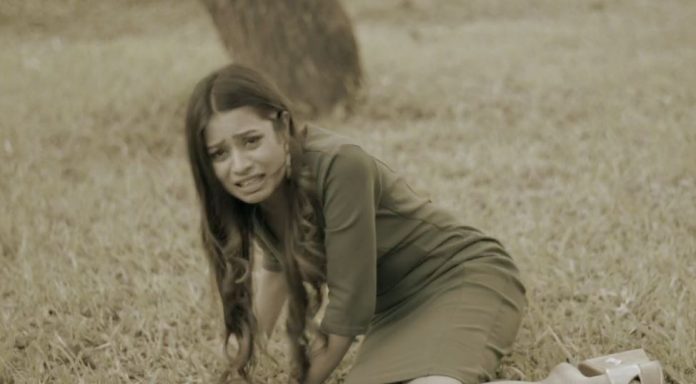 Kumkum Bhagyaa Terrifying twists Abhi Pragya next meet Disha gets a saree for Pragya so that the latter doesn’t refuse to accompany her in the party. Pragya tells Sarita that her relation with Disha is very strong. Rishi is glad that Pragya is smiling after a long time. He wants Disha to be with Pragya. Sarita feels Rishi has become more obedient to Pragya and Disha than her. She knows that Rishi doesn’t want to go anywhere now. Pragya gets emotional. She wants to save Diosha. Abhi tries to find about Priyanka. Vikram finds him worried.

He wants to know if Abhi is facing any troubles. Abhi doesn’t share the problem. He tells Vikram that he wants to keep the matter to himself. Vikram asks Abhi to explain Purab and Aaliya about their married life. He wants Abhi to make them work out their marriage. Abhi tells him that Purab and Aaliya are both tied up in the unwanted relation, that’s why they end up fighting all the time. He doesn’t think its worth talking to them. Priyanka forwards the pictures to the reporter. Prachi follows Ranbir to know his fishy matter. Ranbir wants to steal the papers from the principal’s house.

Aryan doesn’t want Ranbir to do wrong. Ranbir asks Aryan to stay relieved. Prachi and Shahana want to see what is Ranbir planning to do. They call Aryan to know about Ranbir. Aryan lies to them. Prachi scolds Aryan for the lie. She threatens to inform the principal. Aryan doesn’t want to tell the truth. Ranbir tells Aryan that his plan is successful. He doesn’t know that Prachi is following him. Prachi spies on him. Priyanka stalks Rishi. Rishi wants to know if his doubt about her is right.

She steals a phone to call Rishi and trouble him. He realizes that Priyanka is making the blank calls and hiding from him. He wants to catch her and take her to Abhi. Priyanka wants to make Rishi scared of her. She knows that he will hide from the world in some day to save himself from the law. Ranbir and Aryan return to the principal’s house to steal the papers. They want to help Dheeraj and make him top the exams by risking their lives for the sake of friendship. Rishi stays in stress because of Priyanka. Sarita wants to know the matter bothering him. She wants him to return to their old house. Abhi finds the family spending good time.

Aaliya wants them to get ready for the party. She argues with Purab, who refuses to accompany her. She wants to keep her respect by taking her husband along. Purab agrees to go with her for Abhi’s sake. Aaliya gets upset with him. She wants her family to complete the commitments. Abhi senses their growing tensions, about which Vikram too alerted him. He regrets to see their relation dying. Pallavi and Vikram also witness the arguments and feel bad about it. Abhi knows Purab isn’t happy with Aaliya and wants to help him. Abhi supports Purab and Disha’s relation. Abhi and Pragya, Purab and Disha will be meeting in the same business party once again.