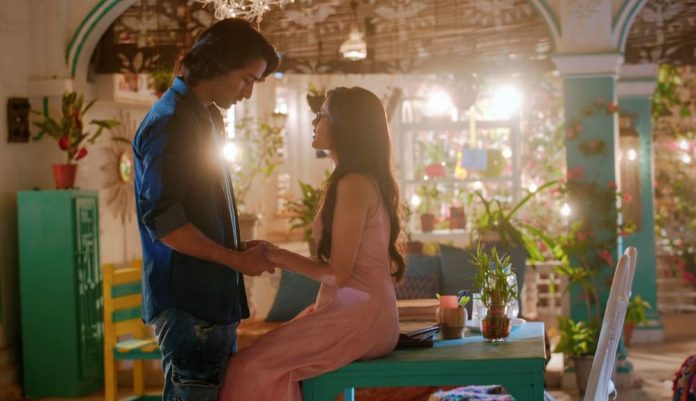 Rishtey Pyaar Big mystery Mishti Abir secret union There is a beautiful Mishbir union and romance moment before the story takes a short leap. Abir and Mishti have a hearty conversation. He tells her that he isn’t stressed about Meenakshi and he will control the situation. Mishti is glad to have Abir’s love. She doesn’t want anyone to know about her presence at his NGO office. Abir doesn’t want her to take any tension. He tells her that he can’t let her go away. He promises that he won’t marry anyone since Mishti is his life. The romantic moment leaves a mystery element. Mishbir’s union seems reality for a moment. Post the leap, Abir is seen celebrating his family time.

He is happy that Kunal is living a life of respect and fame. He doesn’t want Kunal to lose his deserved happiness. Meenakshi feels her family should always be happy. She has ruined Abir’s life and expects him to be happy. She wants to get Abir married to Neha. The family gets busy in the preparations for Abir and Neha’s Sangeet. Kuhu supervises the arrangements. She avoids to fall into a moment with Kunal. Jasmeet and Varsha get the news of Abir’s marriage. They get disturbed that Abir insulted Mishti’s love. Rajvansh family meets Abir’s good friend Neha who is going to become his wife now.

Neha wants her dream wedding and also SRK as the special guest. She asks Abir to keep his promise. Abir tells Neha that he will surely keep his promise like he always does. He wants to make the day a memorable one. Abir recalls Mishti and misses her. He wishes to see her. He cheers up his family. Neha is in love with someone else and playing the marriage willingness drama on Abir’s saying. Neha wants Abir to stop the marriage soon before they really get married. She tells him that she is playing along just for his fake, but she can’t risk her happiness. Abir yearns for Mishti. Mishti returns to Rajkot and joins back her family. Abir comes across Mishti. He feels lucky to meet her again. His heart gets inclined towards her. The mystery of Mishbir’s breakup will soon get revealed.

Nimki Vidhayak:
Mintu doesn’t name Nimki in front of the police. He lies that he doesn’t remember anything. He doesn’t want any enemies. Mintu wants peace in his life. Dadi knows that he had saved Nimki. She tells him that Nimki had shot him. He remembers that Nimki had saved Dadi’s life once. He doesn’t want to punish her. Nimki wants to meet him. She overhears their conversation. Dadi tells him that she will not get treated until he gets fine and returns home. He gets emotional.

Dadi tells him that Nimki is taking care of her. Ganga wants Parag to go abroad for further studies. He refuses to her. He argues with Ganga over his decision. Ganga compels him. Nimki and Mahua praise Mintu. Abhimanyu tells them that they should find evidence against Praga and get him punished. Nimki doesn’t want to spare Parag if he is involved in Mahua’s kidnapping. Nimki tells them that she is free of Anaro’s responsibility since Anaro is recovering after meeting Mintu. She had made Mintu as Babbu Singh just to help Anaro recover.