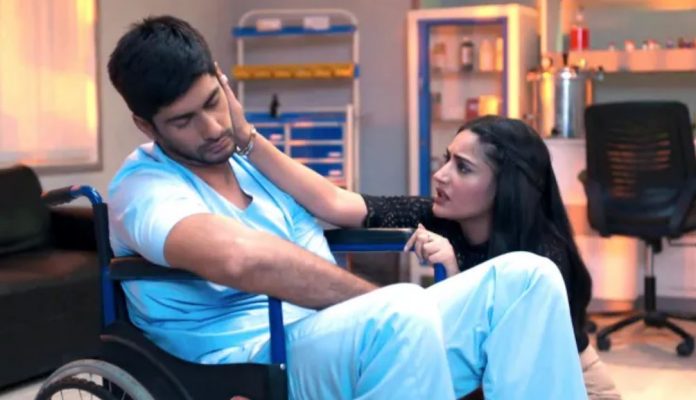 Sanjivani Starplus Ishani sharp diagnosis Asha exposed Upcoming twists Sid slept during the surgery and got himself in trouble. He is on probation and still struggles to bag a surgery to prove his talent. Juhi convinces Shashank to give another chance to Sid. She believes that Sid is a good doctor and can be given a second chance to prove himself. She supports Sid. She wants him not to make any mistake again. Sid doesn’t share the good news with Ishani because of Asha. Still, Ishani gets to know the news. She rushes to stop Sid from performing the surgery and committing any mistake that would just end his career forever. She tells Sid that he may become the target of his enemies. Sid doesn’t understand her.

She even names Asha, but he doesn’t listen. Ishani asks him not to give any chance to his enemies for ruining his career, it will be too early to take a risk. She wants to protect Sid’s career. She thinks he will be in sorrow. She thinks its Vardaan’s plan to assign the surgery so soon. Sid gets angry on her when she stops him again. She finds Asha in a suspicious activity again. When she confronts Asha about it, Asha clears her doubt. Asha insults Ishani a lot with an aim to break her down. She questions Ishani’s place in Sid’s life.

She wants to know by what right is Ishani questioning her. She then blames Ishani for framing Sid since Ishani has all the reasons to take revenge on Sid. She tells that Sid cheated Ishani in love and that’s why he is facing this day. She cleverly puts the blame on Ishani. Asha reprimands Ishani and thinks Ishani won’t be able to question her again. Ishani gets clear of Asha’s evil by her verbal defence. She tells Asha that she is clear that Sid has enemies in his own house. She wants to save Sid. She throws a challenge to Asha. She asks Asha to do anything, but she can’t ruin Sid’s career. Ishani rushes to Sid to tell him about Asha.

She finds him semi-conscious. She is much shock just like Juhi, who witnesses Sid’s careless attitude. Ishani asks Sid not to go for the surgery and instead come for the blood tests. She wants to know the results soon. She takes Sid’s consent. She asks Rahil to keep the results a secret and reveal it just to her. Juhi shares Sid’s matter with Vardaan. She tells Vardaan that Sid is shocking them every time by his careless behavior, which isn’t tolerable now. She wants Sid to stay on probation and not take up any surgeries. She doesn’t want to risk the lives of patients by trusting Sid again.

Ishani gets Sid’s blood test done. Asha realizes this and rushes to change the reports. She wants to inform Vardaan. She gets late. Ishani receives the reports. Sid wants to know about the reports. He wants to find out what’s wrong with him. Sid and Ishani try to find out their hidden enemy. Sid doesn’t want to involve Ishani. Sid and Ishani find the fishy matter. Asha gets tensed that she will get caught. She gets hell bent to take revenge on Ishani, after the challenge. Ishani wants to expose Asha’s truth and get her thrown out of Sanjivani for being so mean to ruin someone else’s career.

Sid fears that Ishani will also bear the torment if she is with him. He makes Ishani away. Ishani tells that she has nothing to feel ashamed to be called Sid’s lover, if she couldn’t become his wife. Her only aim is to protect Sid. Will Sid find Asha’s evil truth? Keep reading.