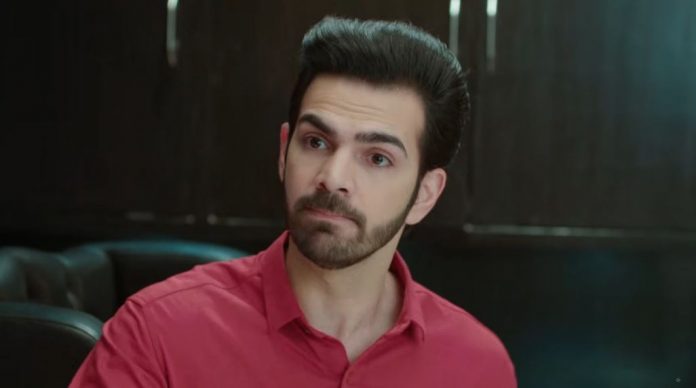 Kahaan Hum Starplus New entry chapter shocks Rohit Sundari awaits Sonakshi. She taunts Veena that Sonakshi is still away. Sonakshi meets Sundari in a surprising way and gives her an apt reply to her taunts. She defends Veena, Akash and others from Sundari’s scheming insult. Veena is happy that Sonakshi has come home in time. Sonakshi tells Sundari that Veena has given them much love. She greets Sundari with respect. Sundari finds away to insult Sonakshi for her impressive step as well. Veena can’t help it. Sonakshi thinks Sundari isn’t someone to get easily convinced. She understands that Sundari is clever in her words. She doesn’t want Sundari to create differences between the family.

She tells Sundari that she gives more importance to family than her tight scheduled work. She asks Sundari to enjoy the dinner. She doesn’t let Veena do any work. She plays the perfect Bahu and pleases Veena. Veena wants to know how did Sonakshi come inside the house. Meanwhile, Rohan and Pari get stuck at the police station in the accident case. The inspector informs them about the pregnant lady’s accident, who needs immediate medical attention. He doesn’t let Rohan and Pari free when they try to bribe the police. Pari is stressed that Suman will learn about their affair. Rohan lies to the police that they are married.

He faces the inspector’s taunts. He doesn’t want Tanya to know the truth. He fears that he will be ousted from family. Sumit informs Raima that he acted to faint on the sets just to help Sonakshi. He had got the shoot cancelled by his drama so that Sonakshi could rush to her home on time. Sumit surprises Sonakshi by his helpful gesture. Sonakshi shares Sumit’s story with the family. She tells Veena that she had come from the ground floor window so that she doesn’t come in Sundari’s sight. She tells Veena that she had planned everything to avoid a late entry.

Veena is impressed knowing Sonakshi’s hardships. She learns that Sonakshi got hurt in her attempt to reach on time. Sonakshi doesn’t care for her injury. Veena tells Sonakshi that she was upset before, Sonakshi’s coming has melted her anger. She understands Sonakshi well. Sonakshi informs Rohit that she is handling Sundari’s dinner meet. Rohit tells her that he is busy in work and will come home late. She wants him to apologize. He refuses to her since his reason is genuine. They both complain to each other and have their first little fight. Sonakshi decides to meet him. Sundari enjoys the dinner.

Sonakshi praises Akash’s culinary skills and his restaurant. Akash gets pleased. Sundari angrily yells that Sonakshi is insulting her in some way. Veena doesn’t want Sundari to get upset. Sundari stuns Sippys by telling them that Sonakshi is defending her family and becoming an ideal Bahu.

She gives her Shagun gift. She praises Sonakshi by all her heart. Naren learns about the same accident case in which Rohan is involved. He rushes to treat the pregnant lady. Tanya informs Rohan about Naren rushing for the emergency. Sundari gets a good alliance for Pooja. She wants Pooja to meet the guy and decide about the marriage. Rohan realizes that Naren is going to arrive to treat the accident victim. He feels Pari and his affair will get revealed. Rohit gets a surprise from Sonakshi. She demands his apology soon. When he doesn’t listen, she gets angry on him. She avoids him so that he realizes his mistake.

Later, Yash meets Rohit to discuss about Pooja’s marriage. He feels he should tell Pooja that she is his adopted child. Rohit disagrees with him. Sonakshi wants to reveal the truth to Pooja, who has a right to know it. She finds Rohit hiding some matter. She suspects that he is holding a big secret in his heart. Rohit doesn’t share about Pooja’s birth truth. Sonakshi and Rohit clash on the matter. A new story begins around Pooja’s identity. Pari learns Pooja’s truth and wants to use it against Pooja. Pooja’s real mum’s entry will be soon happening. Naren’s old affair will be revealed. Rohit hates the house breaker woman. The entry shocks Rohit the most. How will the new entry create a rift in the family. Keep reading.