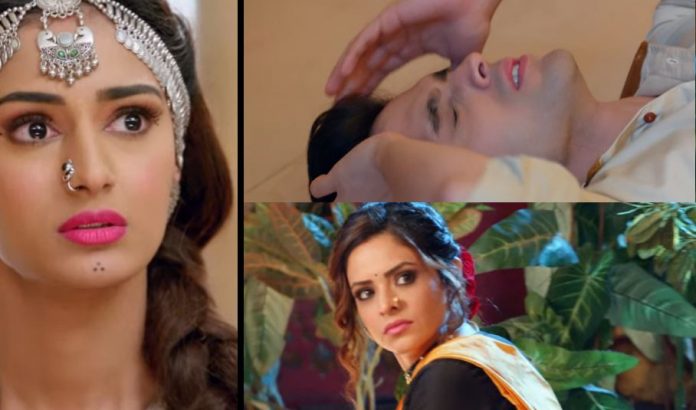 Kasautii Starplus Anurag dead Komolika raged ousted Shivani and Prerna have a realization that Sonalika is Komolika. Shivani tells that Komolika has fulfilled all the rituals being Ronit’s sister. Prerna wants to confront Sonalika. Shivani thinks its risky to confront her and invite danger. She knows Komolika is totally mad. Prerna doesn’t want to go without confronting the evil Komolika. On the other hand, Anurag comes across Prerna’s CV. He realizes that Prerna had worked in his own company. He wants to know since when he knows Prerna better. He thinks his family is hiding a lot from him. He recalls his past with Prerna. He gets doubtful that they had any relation. He isn’t clear about it.

He stays worried with his blurred memories. Komolika and Ronit get caught by Prerna. Prerna slaps her to provoke her for admitting the truth. She wants Komolika to accept her identity. She angers Komolika by insulting her. This makes Komolika forget the denial. Komolika accepts that she is Komolika and she has returned to take revenge on Basu family. She wants to snatch Anurag from Prerna and ruin their lives. Komolika fails to hide her truth. She falls in Prerna’s plan. She loses her cool and threatens to kill Prerna.

Prerna doesn’t lose courage and calls her evil. Komolika tells Prerna that she can’t tell the truth to Anurag, who isn’t in a state of mind to understand it. Ronit asks Komolika to go home, he will manage Prerna. He tries to hurt Prerna. Shivani looks for Prerna. She goes to help Prerna. She attacks Ronit to free her sister. Komolika gets angered that Shivani has hurt her brother. She helps him. Prerna locks up Komolika and Ronit inside the room. She tries to get away. Komolika asks Ronit to kill Prerna. She follows Prerna with an aim to kill her.

Ronit gets scared that they will meet with an accident if she loses control over the car. He asks her to drive with a calm mind. Komolika rages and targets Prerna. Komolika hurts Prerna in the intentional accident. Prerna stays unhurt. Shivani asks her to rush to Basu house and inform Sonalika’s truth to them. Komolika misses to catch Prerna. She attacks Shivani. She runs to the house to stop Prerna. Prerna reveals that Komolika has returned to them to take revenge. Komolika denies the blames and wins Mohini’s trust.

Mohini is blinded by Sonalika’s perfect bahu portrayal. She doesn’t believe Prerna. Prerna runs to Anurag and reveals Komolika’s truth. She asks him to believe her, she will never lie to him. She triggers his memories by telling Komolika’s truth. Anurag gets his memories about Komolikas accident fall. He realizes that Prerna is saying the truth. Prerna also reveals that Anurag loves her, they were going to get married, and just then they got separated.

Komolika asks him not to listen to Prerna. Anurag supports Prerna. He tells them that he remembers Komolika. He ousts Komolika from his house. Prerna gets the shocking news that Anurag died because of the brain stroke. Nivedita and Mohini blame Prerna for killing Anurag. Is this Prerna’s dream sequence? Keep reading.