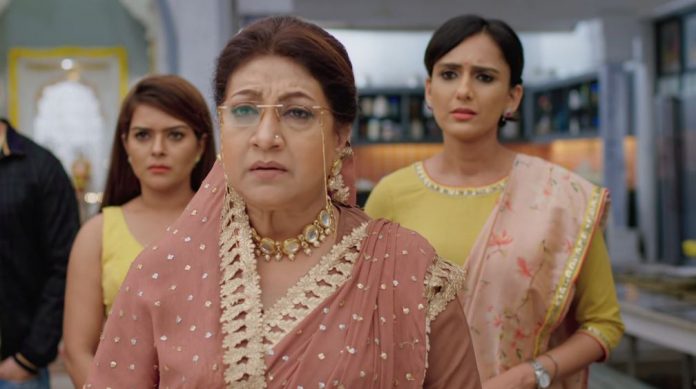 Yeh Rishta Shocking news for Goenkas Kaira unite Kartik can’t control his feelings and runs to confess his love to Naira. Naira reciprocates his feelings when he asks her consent. She tells him that she loves him too. He is very happy to know that she was also yearning for him and wants to come back in his life. Kartik daydreams and wants to change it into reality. He thinks he shouldn’t delay his love confession. He meets Naira in reality and confesses love to her the same way as he dreamt of. He tells Naira that he can’t imagine his life without her, she is his life with whom he wants to make new memories by forgetting the old days when he was alive but not living well.

He tells her that his love for her is true and immense and this time he will not let anything come between. With new love vows, Kartik is sure that she will accept his love. Naira gets emotional with his honest love proposal. She had already sensed his feelings. He doesn’t need to get verbal about his love, which is already in her heart. He tells her that they get separated again and again, but they are lucky to reunite. He tells her that its just his love which brings him back to her. He feels they are really made for each other.

She wants to remind him about Vedika. She doesn’t think she should accept his love and complicate their lives again. He asks her to just follow her heart and think of her own happiness, rather than getting scared of society norms. He promises to make everything fine if she agrees to his request. He pleads her to accept his love and return in his life, so that they live together like before. He wants Kartik and Naira to become Kaira again. Naira feels she should agree to him. She flows into emotions. Before Naira could answer him, Vedika makes a stormy entry to take away Kartik.

He makes many attempts to buy some time so that he can know Naira’s answers, but Vedika finds her matter more important. She asks the entire Goenka family to gather up. Everyone gets anxious to know the matter. They ask Vedika the need for the urgent meet. Vedika breaks her silence. She reveals to them about her engagement with Akshat, post which she had seen his bad truth. Vedika admits that she had hidden the past truth because of her fear of losing Kartik and Goenkas. She tells them that she really loves Kartik and can’t lose him. She tells about Akshat’s clever plans to impress her dad.

She tells them that Akshat threatened to harm them. She thinks Akshat is gone forever. She doesn’t want the family to misunderstand her. Everyone sympathizes with Vedika. Naira supports Vedika like a brave person. Kartik is glad to see Naira much strong. Vedika apologizes to the family. Akshat plans to kidnap Kairav from the park. Naira gets the news of Kairav’s disappearance. Goenkas and Singhanias break down with the news. Akshat will get punished when he is caught by the police. Kartik and Naira will unite once again to save Kairav.