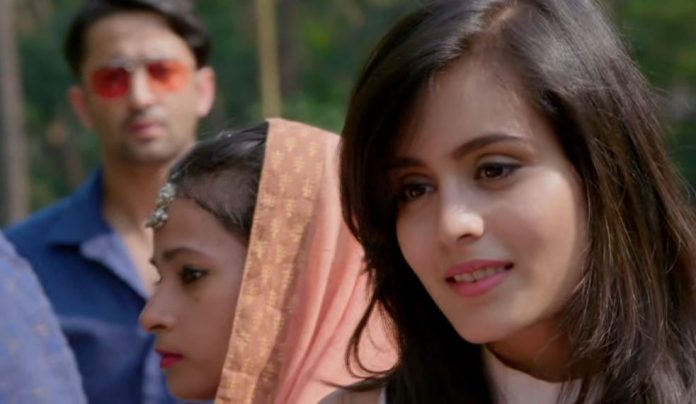 Rishtey Pyar Starplus Destiny plots Mishbir big meet Abir and entire Rajvansh family plan Neha and her lover Kabir’s marriage. Kuhu had bagged the wedding event. She has started her event management business. She speaks to Varsha. Varsha asks her how could Abir move on so soon and marry Neha. She tells Kuhu that Abir proved that he had forgotten Mishti. Kuhu denies it. She tells Varsha that it is not true. Varsha tells Kuhu that they have seen the truth in the selfie. Kuhu realizes her huge blunder, since she puts up the board with Abir’s name. She tells the family that Neha is marrying Kabir. She thinks Neha will be angered on seeing Abir’s name on the board. Abir misses Mishti in his life.

He imagines Mishti around him all the time. Neha and Kabir reach the venue for their Sangeet. Kuhu panics while the family consoles her. Kunal handles the problem and fixes the error to help Kuhu. She gets glad. Kunal wants the marriage event to be a successful one. Abir wants to fulfill Neha’s wish and gets into SRK avatar to perform in her Sangeet. Rajvansh family happily dances, while Abir hides his sorrow. His tears aren’t hidden from Parul. Meenakshi gets cold-hearted. Parul feels guilty to become a reason for Abir’s sorrow.

Meenakshi tells her that she hasn’t done anything wrong, if Abir married Mishti, then he would have been in worse state. She feels that even dad should have stopped her from marrying Mehul by every way possible so that she didn’t face this odd day in her life. She blames her fate for her actions. Parul doesn’t agree with her. Abir thinks of Mishti and makes a painting. He gifts it to Nanu and acts happy. He doesn’t want Nanu to take any tension. Nanu understands he is sad within. Kunal awaits Kuhu’s thank you. Kuhu gives him a thank you note.

Kunal realizes their deal is soon going to complete then they will get mutually divorced. Kuhu didn’t wish to inform her family about the divorce decision so soon when they were already shattered for Mishti’s breakup. Kunal feels sorry that he is hurting Kuhu. He thinks his rude decision has changed Kuhu completely. Kuhu wants to soon tell the family that her marriage is over. Kuhu and Kunal spend time with the family. They plan Neha’s marriage function. Kunal tells Kuhu that Abir doesn’t write poetry these days. Abir recalls the old time when he sees a bus. He wishes to see Mishti. He really comes across Mishti.

They have a close hit and miss. Destiny brings them together once again. They have the next hit and miss at the cafe. Mishti orders the food, which gets served to Abir. Mishti doesn’t want to leave her rights. She claims her food dish and leaves a note for Abir. Abir senses Mishti’s around. Mishti too feels his presence, since their love was strong. Abir gets angry on the manager on finding the food dish missing. He gets Mishti’s note. He finds it sweet and wants to meet the person who left the note. He will return in Mishti’s life then they work for an NGO project together.