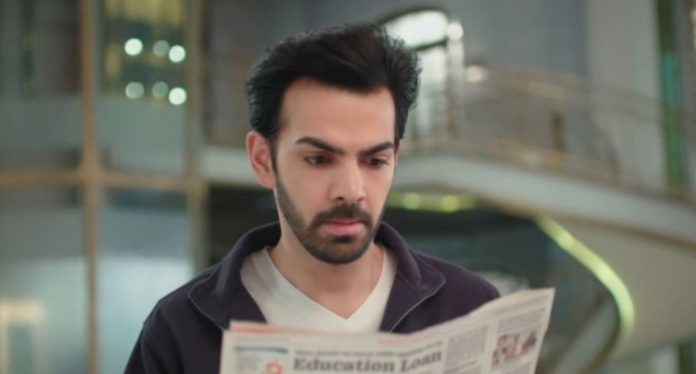 Kahaan Hum Starplus Offensive bulletin Sonakshi framed Rohit doesn’t think Pooja needs to know about her real parents. He wants to hide the truth that she is adopted by Yash and Nishi. Just Rohit knows the truth about Pooja’s biological parents. The entire family isn’t aware of the truth that Pooja is Naren’s illegitimate child. Sonakshi overhears Rohit and Yash’s conversation. She tells them that Pooja is an adult and has total right to know about her real family. She wants Sippys not to cheat Pooja if they love her. She asks Rohit to have faith that Pooja will always be of Sippy family.

Rohit can’t explain her that Pooja is actually a Sippy. Rohit tells Yash that Pooja can meet the guy and marry if she likes him, but there isn’t any need to disclose about the adoption. Sonakshi doesn’t think that Sippys should lie and make a relation. She tells them that she can help them in explaining Pooja. Rohit restricts Sonakshi from getting involved in the matter.

Yash doesn’t want Rohit and Sonakshi to fight for this matter. On the other hand, Rohan and Pari are much scared that Naren may reach the police station any time. He tells the lady that he can compensate for her inconvenience. He tries to bribe her so that she lets him go by withdrawing the case. Naren reaches the police station to treat the pregnant lady post the accident. The lady reprimands Rohan and Pari.

After much insistence from Rohan, the lady accepts the compensation and withdraws the case. Naren learns that the lady left. Naren is fine with it, since he had just come to do his duty. Inspector tells him about Sippy couple. Naren doesn’t pay attention to know the full name. He leaves for home. Meanwhile, Sonakshi is upset with Rohit for his bad behavior. She wants him to involve her in the family matters. She wants his apology. Rohit gets into a funny moment, which melts Sonakshi’s anger. Sonakshi helps Rohit. They have a cute argument that doesn’t end soon. Rohit goes to sleep in the washroom. He gets a severe backache because of his stubbornness.

Rohan tells Pari that he will find a solution that they can meet freely and not fall in any such problem. Pari visits Rohan at his home to talk about the new project. Sonakshi cares for Rohit. He tells her that he got a peaceful sound sleep. He asks her not to beat him since its domestic violence. She asks him to limit his imagination. Veena calls Rohit for an important discussion. Sonakshi gives an interview and projects Sippys in a positive light. She finds weird when she sees Pari in the house. Pari tells her that Rohan has a job offer for her. Rohan misleads Tanya, who is going out of city for some days. Rohan gets rid of Tanya.

Moreover, Pari gets shameless to call Rohan as her brother and badly cheat Tanya. Rohan lies that he wants to help Pari by giving her interior designing work at his new site. Tanya supports him. Rohan plans to romance Pari. Veena summons Rohan as well. Pari finds her bracelet with Tanya. She worriedly gets it back. She doesn’t want Tanya to know about the affair. Rohan gets busy in the family discussion. Sippys have the same opinion that’s to conceal the truth from Pooja. Sonakshi’s opinion differs. She tells them that they should trust Pooja since relations depend on love, not blood and DNA. Naren doesn’t want to reveal anything without consulting Nishi.

He tells that Nishi has the first right to decide for Pooja. Naren sounds right. Pooja finds Pari stealing the bracelet. She accuses Pari and insults her family. She tells Pari that she will hide this fact so that Sonakshi doesn’t feel humiliated. Pooja doesn’t believe Pari that its her bracelet. Pooja slaps Pari and throws her out of the room. Pari gets much humiliated. She gets the much deserved slap. Pari goes and overhears Sonakshi and Rohit’s conversation. She learns that Pooja is adopted. She finds a way to take revenge on Pooja.

She can’t forget Pooja insulting her parents. She leaks Pooja’s big secret to the media. She gets Pooja’s adoption truth printed in the newspapers so that Pooja slips in shock. Rohit can’t believe it when the shocking news gets printed as Sonakshi’s statement. Rohit gets upset with Sonakshi. How will Sonakshi clear her name and manage Pooja? Keep reading.