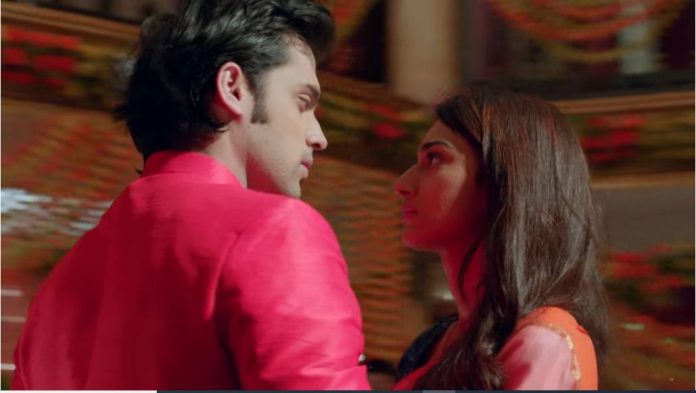 Kasautii High Voltage drama AnuPre Sindoor moment Komolika and Ronit warn Prerna. Ronit believes that Shivani loves him as she made the confession before. He tells her that he will accept her love if she supports him against Prerna. Prerna clears his misunderstanding. She tells him that he can never get Shivani. She warns him to stay away from them. Shivani asks Prerna about her next plan. Prerna tells her that she can’t tell anything to Anurag, she can’t risk his life. She wants to stay around him and protect him from Komolika, instead of revealing truth to him. She asks Shivani to drop her to Anurag’s house. Komolika barges into the house.

Mohini finds her Bahu Sonalika fuming and behaving rudely. She wonders why is she so upset. Anurag gets angry that his wife is insulting his mum. Mohini asks him not to ask anything to Sonalika and give her some time. She senses that Sonalika is upset because of Prerna. Her doubt gets certain when Prerna comes home at the same time. Prerna joins Anurag in his work. She spends time with him. She keeps Komolika away from him. Mohini plans to keep Tulsi Vivan puja at home. Anurag tells Prerna that just she can help him and ease his work.

He compliments her glowing beauty. He tells her that he doesn’t think of anything such, but wanted to share his feeling. Prerna is glad to get his attention. He invites her in Tulsi Vivah puja. She accepts his invitation. Komolika angrily ruins the entire room and then realizes her mistake. She doesn’t want Anurag to see the messed up room. She fixes it back by putting efforts. She finds Prerna leaving. She insults her again. She challenges her to reveal the truth if she can. She argues with Prerna over the Mangalsutra. Prerna tells the importance of nuptial chain which Anurag has put in her neck with love and belief. Komolika finds her egoistic.

She wants to break Prerna’s pride. She tells Prerna that Anurag will complete sindoor and Mangalsutra rituals in Tulsi Vivah puja. She tells Prerna that she will destroy everyone around if she doesn’t attain her aim. Prerna tells her that she isn’t scared of anyone. She asks Komolika to do anything she wishes. She challenges Komolika. Later, Komolika fools Mohini and convinces her to talk to Anurag about the sindoor rasam. She tells that Anurag and her marriage didn’t happen in front of the society. She tells that she wants Anurag to fulfill rituals after the puja. Mohini agrees to her. Komolika doesn’t want to spare Prerna.

Komolika gets Mohini’s assurance. She wants to show the acceptance to Prerna. Mohini hides the matter from Moloy. She thinks to ask Anurag for the rituals completion. The Basus sit for the puja. Anurag just awaits Prerna. Anupam knows that Anurag lost his memories but his heart beats for Prerna. Prerna joins Anurag in the puja. They spend tome. He gets happy that she is with him. Mohini tells the guests that she couldn’t invite them in Anurag’s marriage. She wants her son to complete the rituals. Prerna gets tensed. She wants to stop Anurag.

She blows away the flowers to hinder the moment. Komolika and Mohini know that Prerna has done this. Anurag unknowingly and unexpectedly fills sindoor in Prerna’s hairline. The family is shocked that the sindoor is adorned by Prerna. Komolika gets mad. She bribes a person to kill Prerna. The man leaves a live wire so that Prerna dies. Will Prerna get rescued by Anurag? Keep reading.