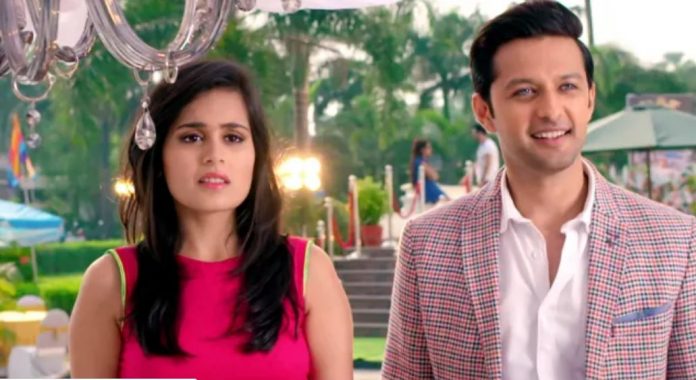 Rishtey Pyaar Nannu Mishti Abir first dramatic meet Kuhu doesn’t like Kunal coming in the party. Kunal wishes Rajshri and Vishwamber. He makes an excuse to handover the gift sent by Abir for them. Rajshri understands that Abir has sent the gift and asks Kunal to thank Abir from her side. Kunal tells Kuhu that he wants to keep good terms with her family, he doesn’t want to appear like a villain. Kuhu doesn’t want him to give them false hopes. Kunal makes a leave from Maheshwaris. Meenakshi wants to get Abir married. She checks some profiles. She asks Nanu to select the girl. Nanu feels Abir will never agree for it. He tells her that Abir has moved on, but he won’t get married.

She believes that Abir will marry the girl of her choice. Parul gets a chance to taunt Meenakshi for her unfair ways. She tells Nanu that they will blackmail and threaten Abir to convince him for the marriage like Meenakshi always does since Abir’s childhood. Kunal doesn’t like Parul’s statement. He tells them that Abir will never compromise, he has already moved on, it doesn’t mean that he will marry anyone because of threatening. Rajshri asks Mishti if she is really fine or acting to be strong.

She wants to know Mishti’s pain to share it. Mishti proves that she has got rid of all the sorrow and now she has moved on. She doesn’t want Rajshri to worry for her. Rajshri feels glad and proud of Mishti’s strength. She doesn’t want Mishti to hide her sorrow within and just pretend, which will just hurt her. Mishti messages Nannu to come soon and meet her. Abir tells Kunal that he is going for the important meeting, which will be proved beneficial for his new app launch. He asks Kunal to join him later after fulfilling the bet conditions kept by the family.

Meenakshi assures Abir that she is always there to back up funds his for business. Kunal stays back to eat the noodles by Kuhu’s hands. He asks Parul to prepare the noodles as per his choice. Parul wants Kunal and Kuhu’s relation to stay good. Mishti messages Abir by mistake. She panics and deletes the message soon. Nannu’s entry happens in a filmi way. He asks his staff to make sure that things are perfect so that his client is impressed. He prepares for his meeting with Abir. He slips near the poolside and gets help from Abir. They both share a good introduction. They realize that they had come to meet each other for the business deal.

Abir wants to unite the lovers across the world. Nannu asks Abir to correct the poetry written by his staff. Abir tells him that he doesn’t know poetry. Abir and Mishti come face to face. Nannu introduces his partner Mishti. Mishti and Abir get into moment when he saves her life and proves his same feelings.