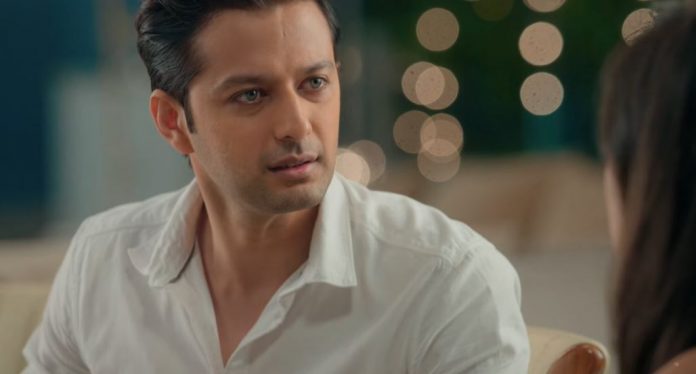 Rishtey Pyar Nannu mysterious move Abir stunned Nannu introduces his business partner Mishti to Abir and Kunal. He tells her that she is quite famous. He wants to know Mishti and Abir’s connection. She tells him that Kunal is Kuhu’s husband and that’s how she knows Kunal and his brother Abir. She doesn’t want to tell about her relation with Abir. Abir realizes that Nannu is Mishti’s childhood friend. He was earlier jealous of Nannu. He asks Nannu to spend time with his friend, whom he recently met. Nannu tells him that he is with Mishti since the past two months. Abir realizes that Mishti moved on pretty soon. Mishti doesn’t want to face Abir further.

She asks Nannu to keep the meeting on some other day and just come home with her. Nannu reschedules the meeting. Abir gets worried for her when she falls in the swimming pool. He can’t see Mishti in any trouble. He rescues Mishti. Nannu gets grateful to Abir for saving his friend. Mishti tells them that she is capable to take care of herself. She doesn’t want help from anyone, especially Abir. Mishti tells Nannu that he is heartless. She teases him. He tells her that Abir seemed heartless to him. She feels bad to hear his joke on Abir.

Abir grows jealous of Nannu. He thinks of Mishti and Nannu’s friendship. Kunal tells him that they will cancel the deal with Nannu, they don’t need to face Mishti again. Abir doesn’t want to lose the deal. He tells Kunal that he is strong and can handle it. He asks Kunal to promise him and conceal the matter from Meenakshi. He doesn’t want Meenakshi to know about Mishti’s return. Meenakshi finds Abir too upset. Abir doesn’t answer her. She tries to find out from Kunal. She does not get her answers. She seeks help from Parul.

Parul asks Abir about his upset look. Abir lies to her that everything is going good. Parul and Meenakshi realize that he is lying to them. They feel his sorrow. Meenakshi doesn’t want to help him though. Mishti and Nannu plan a surprise entry in the house. Nannu asks her to play the same old prank. She tells the family about the thief inside the house. They unknowingly beat up Kuhu. Nannu surprises them. He tells them that it was Mishti’s plan to cook up the thief story. Kuhu gets angry on them. They all happily take a selfie. Kunal sees Kuhu’s selfies on photogram.

He wants to talk to him. He learns that Kuhu will come late, since she is with her cousin. Abir tells him that they should fix a meeting at office, so that it doesn’t look odd. He tells that he couldn’t trust Mishti. Kunal feels sad for him. He wonders how Mishti moved on so soon. Maheshwaris pamper Nannu and enquire about his girlfriend.

They plan a welcome party for Nannu. Mishti tells him that they should better tell the truth to the family. Nannu intentionally answers Abir’s call to make him overhear their talk. He tells Mishti that he will tell the truth to the family when they are ready. Abir and Kunal grow suspicious hearing their conversation. Abir realizes that Mishti is dating Nannu. He gets stunned. Nannu intentionally brings Abir close to Mishti. He also grows Abir jealous of him. Nannu’s entry brings mystery in his intentions. Abir and Mishti meet again at Abir’s office for their meeting. Will Nannu play cupid for them? Keep reading.