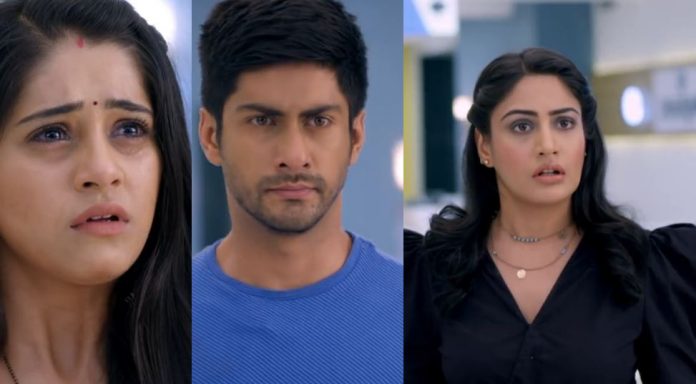 Sanjivani 2 Shocking Sid Unthinkable humiliation twist Sid and Asha have an argument after he suspects her. He feels she has nothing to clarify for her actions and just brings Ishani in between to get an upper hand. He tells her that she can’t tell about Ishani always to make him feel guilty. He tells that he isn’t cheating her, but she should also remember her duties as a wife, she should support him when so much wrong is happening with him. She has no answer to give him. He goes back to resume his work after lecturing her. He checks the medicine list which he prescribed to his patients. He finds the list missing. He realizes that Asha is really conspiring against her.

Moreoever, Asha meets Vardaan and passes the list to him. She tells him that she isn’t liking to trouble Sid. He laughs at her emotional awakening. He reminds her crimes and asks her to focus on her career. He doesn’t want her to make any mistake. Asha gets helpless because of her dilemma. Vardaan threatens to fire her from the job if she goes against him. He asks her to help him in making the final strike at Sid, which will just finish his career at once. Asha feels sorry. He asks her not to take the contract marriage so serious and let him complete his revenge on Shashank.

Elsewhere, Juhi confronts Shashank about the strange notes. She tells that someone is surely trying to make her against him. He learns about someone ruining his image. He gets angry and asks her not to believe such nonsense. She is relieved that her trust on Shashank didn’t break. She doesn’t want to know anything such about him that makes her hate him. Shashank wants to find out his hidden enemy. He doesn’t want anyone to trouble Juhi by using his past. He asks her if she was asking about the past due to the letters.

She tells him that she believes him. Ishani and Sid come across a little girl and help her. They share their emotions and stress about Asha. They share their views on one-sided love and belief. Ishani tells him that he has broken her heart. She doesn’t want to forgive him. Sid tries hard to convince her that he isn’t wrong either. Sid suspects Asha further and makes a plan with Rahil to catch her red-handed. He thinks Ishani was always right about Asha. Rahil fakes an attack and collapses. Sid rushes him to the ICU. He treats Rahil with the help of Asha. Ishani doesn’t want to get between Sid and Asha. She just stays away and wishes Rahil gets fine.

Sid makes an excuse and sends Asha away. Vardaan asks Asha to just harm Rahil so that Sid gets blamed. He wants Sid to become the worst friend. Asha doesn’t want to risk Rahil’s life. He forces her to just follow his orders. She turns helpless to inject the drugs to Rahil. Sid stops Asha from her move. Rahil tells Asha that it was Sid’s plan to catch her in the act. He informs Ishani that Sid has caught Asha and learnt her truth. He tells her that Asha will be out of Sanjivani now. Sid humiliates Asha publicly. Vardaan feels scared to get his name revealed. He also supports Sid and reprimands Asha. Will this really happen or be part of Asha’s dream sequence? Keep reading.