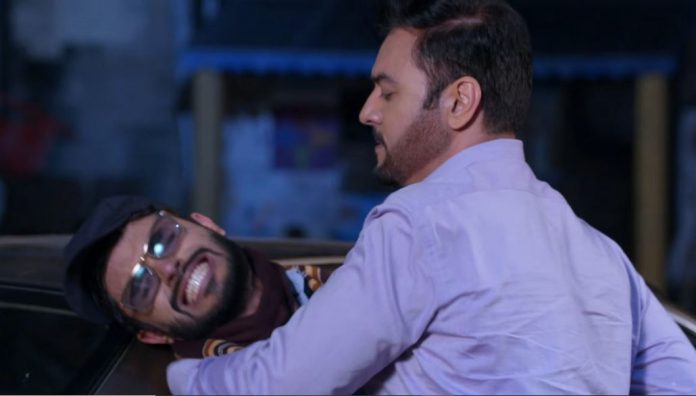 Starplus Yeh Hai Mohabbatein Shardul murder move Bhuvan gets reprimanded by Arijit again and again. He doesn’t know why is Arijit counting on Shardul. He doesn’t realize their connection. Shardul threatens Sunita. He asks her to think about her daughter’s safety and follow his orders. She gets scared knowing Arijit is really mad. She agrees to obey them and lie to Bhallas. She thinks to protect Ishita from Shardul. Shardul informs Arijit that things are going smooth as per their plan and they will be soon achieving their success. He finds Raman speaking to Karan. He spies on him.

Raman requests Karan to call the doctor who treated him, so that truth can come out. He asks Karan not to doubt him and give him one chance to prove his identity. Karan accepts his request. He calls the doctor home. Shardul learns their plan beforehand and bribes the doctor. He promises a big amount. Karan asks Ishita and Raman to prove their point by talking to the doctor. When Ishita asks the doctor to say about real Raman, the latter points to Shardul. He gives a wrong testimonial that Shardul is Raman Bhalla. This leaves Ishita puzzled. She gets hyper and scolds the doctor for selling his profession to someone for money.

She can’t believe that her enemy is so strong that he is making everyone against her. She regrets that even Sunita isn’t helping her. Sunita calls her mentally stressed. Ishita threatens to leave the house if anyone tries to disrespect Raman. Shardul wants Raman out of the house. Ishita makes sure that the family stays humble and gives them another chance. She tells Raman that she didn’t know the doctor would lie like this. She wants Shardul away from him. Shardul’s truth gets concealed. He plays it smart. Shardul pays the money to the doctor. He tells that Arijit and he are targeting Raman.

Meanwhile, Bhuvan reaches there and finds them talking. He records their conversation. He realizes that Arijit and Shardul are plotting together. He doesn’t want to die by Arijit’s hand. He thinks to inform Raman and Ishita to get their help. He wants to get saved from Arijit’s madness. Shardul finds Bhuvan sending the video to Ishita. They have a fight. Shardul stabs Bhuvan to death. Bhuvan tries hard to talk to Ishita. Ishita and Raman get his message and want to know who is trying to help them. They fail to know about Bhuvan, who is lying wounded outside their building. Shardul informs Arijit that he has killed Bhuvan to keep their secret safe.

He reveals that Bhuvan wasn’t loyal, he was cheating them by joining hands with Ishita. Arijit can’t believe this. He wanted Bhuvan at his service. He tells Shardul that Bhuvan was always loyal to him. Ishita calls Bhuvan but misses to connect. Raman tells her that they will trace Bhuvan’s phone. He tells that Yug can help them in finding about the number. Shardul tells Arijit that Bhuvan won’t be able to reveal anything now. Ruhi goes hyper that she isn’t able to recognize her dad.