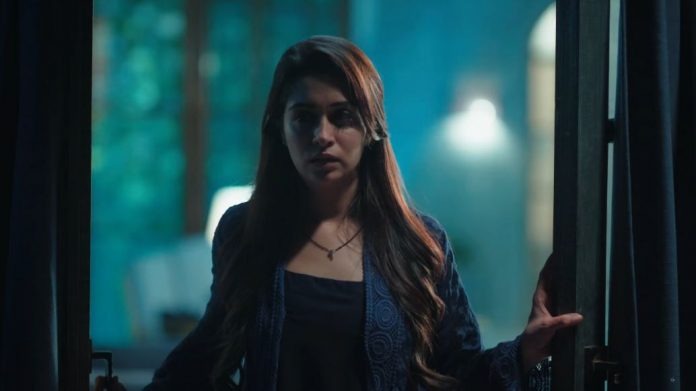 Kahaan Hum Starplus Upcoming Dark twists revelations There is intense drama in Sippy mansion because of Pooja’s shocking suicide mansion. Pooja locks herself in her room. She can’t tolerate or accept the truth that she is an adopted child. She feels that her real parents had dumped her and the rich Sippy family had adopted her by pitying her poor state. She doesn’t want their sympathy. She feels their love and care were just fake pretense. She loses faith in relationships, knowing she wasn’t wanted by her own parents. She finds it too difficult to deal with this truth. Yash and Rohit try hard to connect to her and explain that she is as much dear to them as before.

Sonakshi finds Pooja shattering. Pooja goes mad in anger when she finds the truth haunting her. She breaks the family picture in anger. Pooja reprimands Yash and Rohit, who aren’t her family now. She treats Yash like a stranger, which breaks his heart. She doesn’t want Rohit to limit her. She gets hyper and throws them out of the room. Sonakshi can’t see Pooja’s hatred. She blames herself. She feels guilty. She tells Rohit that she had failed to protect Pooja when she was so careless.

Rohit hugs to console her. He doesn’t want her to blame herself. She explains the moment when she got away from Pooja for a minute. She didn’t know the news will reach Pooja this way. Rohit tells her that someone else is responsible for this truth leaking out. This shocks her. She asks him if he has found the culprit. He turns helpless to hide Pari’s name. He tells her that he doubts Tapasya.

On the other hand, Suman bashes up Pari for risking Sonakshi’s marriage with Rohit. She learns Pari’s huge mistake. She tells that Sippys will never forgive Sonakshi for this and this may even harm Sonakshi and Rohit’s relation. She can’t believe that Pari is so selfish that she planned to frame Sonakshi. She worries for Sonakshi’s happiness. Pari realizes her mistake. She didn’t know the matter will get so worse. Suman wishes that Sonakshi isn’t insulted or accused in her in-laws’ house. Rohit finds Sonakshi hurt. He does the aid to Sonakshi’s hands.

Their sweet bond can be seen in their lovely moment. He comforts Sonakshi and makes her sleep in peace. He informs Suman that Sonakshi is fine. He assures Yash that they will together handle Pooja, once her anger calms down, she will listen to her. Yash breaks down and thinks of facing Nishi. Yash tells him that Nishi is going to arrive soon. He is afraid to explain the matter to Nishi.

Moreover, Tapasya sends the reporters to spy on Pooja and Sippy mansion to get breaking news. She knows that there will be some problem in the family. She wants to print the news to target Rohit. She doesn’t forgive Rohit for his daring mistake. Sonakshi recalls Pooja’s disturbed state. She doesn’t want Pooja to take any wrong step. Rohit tells Yash that Pooja is mentally strong and sensible, she will never harm herself in any state. Pooja really commits suicide. She lies in the pool of blood.

Sonakshi reaches Pooja to check on her state. She finds Pooja’s worse state. She can’t help Pooja alone. She calls Rohit and Sippys to help Pooja. Sippys face a terrible moment when they see Pooja unconscious. They try to save Pooja’s life. Tapasya doesn’t want Rohit to win. She wants to defeat him by striking his family. Rohit tells Rohan that they have to rush Pooja to the ambulance. Sonakshi asks him not to rush to hospital which would make the news reach media.

She doesn’t think they should get unwanted attention from the media. Naren agrees with her. Rohit and Naren try to arrange the emergency case equipment at home. Naren and Yash warn Sonakshi against being with Pooja. Sonakshi distracts the media so that Pooja’s matter doesn’t get know. Rohit treats Pooja to save her. Her state is critical. Sonakshi faces the hurdles and tries to help Pooja. Sonakshi will be soon learning the dark truth of Pooja’s biological parents. The big revelation will really create a storm in Sippy family.