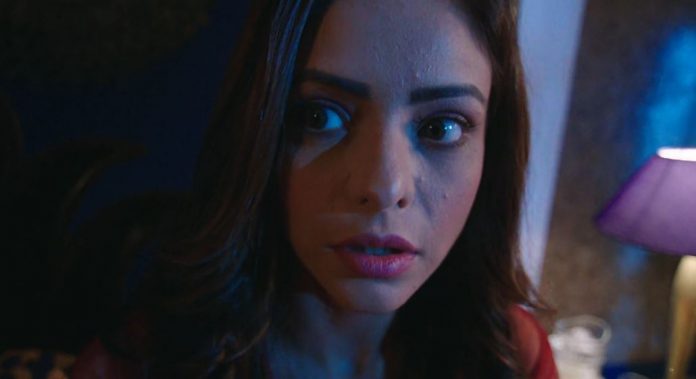 Kasautii Today Anurag suspicious Komolika cautious plot Anurag drops Prerna home and also feels concerned. She understands that his mood got upset for some reason. She thinks he was so happy to feel the baby kick and suddenly got upset. She doesn’t ask him anything. He avoids Komolika’s call. She angrily ruins things. She wants to kill Prerna. She is fed up of Prerna. She wants Anurag’s love. Anurag takes Prerna home and this surprises Veena. Prerna doesn’t tell her anything. Veena understands Prerna is hiding something. She asks Anurag about Prerna. He tells her about Prerna suffering a little shock while saving his wife Sonalika. Veena worries for her daughter.

He asks Prerna about her husband’s photograph missing in the room. Prerna tells him that its Shivani’s room and she didn’t put any pictures around. He tries to get details about her husband. She makes excuses to get rid of the talk. He asks her to call her husband. Veena asks Prerna to stay away from Anurag. Anurag goes home. Veena doesn’t want to tolerate their meetings. She feels Prerna is suffering while everyone has moved on in Basu family. She tells that she can’t see her daughter suffering. Prerna tells her that she can’t leave Basu office, since she wants to work with Anurag. Veena doesn’t think that Anurag will recover his memory ever.

Prerna tells that she can’t live without Anurag and will continue to be part of his life, since she needs him. She wants to be with him all the life via her work. She doesn’t want to give up fighting for her love. She tells that even Veena would have done the same, being in her place in such a situation. Veena gets speechless. She knows that Prerna will try her best to get Anurag. She sheds tears of sorrow. Anurag feels bad that Prerna’s husband is with her. He thinks if he is doing the same with Sonalika by avoiding her.

He apologizes to Sonalika for his behavior. Komolika loves his good heart. She goes more mad for his love. She thinks very soon she will be able to win him forever. When he comes home, she hugs him to disclose a good news. Anurag learns about Moloy bagging a big dream project. He congratulates Moloy. Moloy and Mohini want to celebrate the success. Anurag finds Prerna’s lipstick marks on his shirt. He asks Komolika if the marks were made by her. She lies to him. She gets visuals of Prerna. He tells her that he feels some strong connection with Prerna. He tells that he gets Prerna’s voice in his memories.

He tells how Moloy is hiding the truth that Prerna worked for Basu publications before. He apologizes to her for not fulfilling duties of a husband. He tells that he is feeling sorry for their relation. He wants to know the hidden matter. She tells him that his family isn’t hiding anything, they want his betterment. He doesn’t recall his relation with Prerna. She tells him that he cares for his childhood friend Prerna, but he has to accept the fact that he is married to her(Sonalika).

She asks him to befriend her and know her well so that they can make a new start. Anurag agrees to her request. He wants to give a fair chance to her. He gets dreaming about Prerna and her baby. He tells her that he felt Prerna’s baby heart beat as his own. This shocks and angers her. She wants to be alert and kill Prerna’s baby hindering her relation. Later, Anurag goes to meet Prerna’s family and invite them for the party. He questions about Prerna’s husband. Veena angrily blurts out that he is Prerna’s husband. This will leave him shocked. Will Anurag hear this truth or not? Keep reading.