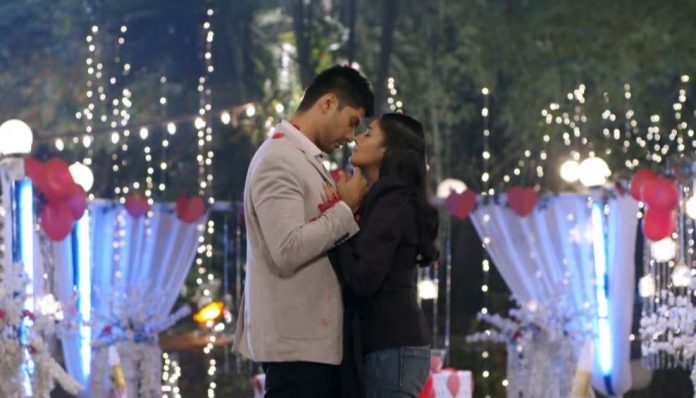 Sanjivani Starplus Today Romance twists Evil conspiracies Sid learns Asha’s truth that she had been ruining his career by her cunning plotting. He can’t believe that the girl whom he rescued had back stabbed him. He counts his favors that he has married her to save her baby. He tells her that she doesn’t deserve him and their relation. He reprimands her. He tells that she just deserves punishment. He promises to make her life hell. He asks her to realize that she can never be a doctor, since she is a devil who risked innocent lives for her selfish motives. He scolds her for risking her uncle Guddu’s life.

He forgives her for playing with his emotions. He tells that he can’t forgive her for risking many lives. He tells that its not easy to trap a smart doctor. He wants to expose her truth to everyone. He doesn’t want the stain on his white coat. Vardaan thinks Sid will become a stain on friendship when Rahil suffers. He finds Rahil in the cafeteria. He wonders if Rahil is fine, then who is Sid treating. He finds it fishy. Sid takes Asha to Sanjivani staff to reveal the truth. He tells them that Asha has been manipulating and getting evil minded to ruin his career.

He reveals the entire truth that Asha had drugged her and also hindered his duty. He tells that she was even crossing limits to kill Rahil to frame him in the crime. Juhi can’t believe that Asha was cheating her profession. She asks Sid if he is sure of blaming his wife. Sid asks Ishani and Rahil to testify. Sid tells Juhi that they are saying the truth, Asha has gone blind in hatred. Juhi wants to inform Shashank about Asha’s wrong deeds so that Asha gets punished. She wants every doctor who thinks of such things to learn a lesson.

Sid is relieved with Juhi’s words. Vardaan shockingly doesn’t support Asha. He agrees with Sid and Ishani. This shocks Asha. Vardaan tries to save himself. He doesn’t want Asha to tell his name. He asks Sid and Ishani to get proof against Asha. Sid tells that he is himself an evidence. Vardaan reminds them their personal equations. He tells that he would need solid evidence against Asha so that they can take strict action against her. He asks Sid to gather the proof. Sid and Ishani are sure to arrange the proof to get Asha punished.

Asha is worried that her career will end. Sid vents out anger by staining Asha’s white coat. He recalls the tortures by the people and media. He tells Asha that she should be ashamed of his actions. He tells that she doesn’t deserve anything. He wants to trouble her to give it back. He vents out his anger. He unites with Ishani. He wants Ishani to always be at his side. Ishani encourages Sid to make a new start. Sid and Ishani have a romantic union on their much awaited date. They have a love confession.

Vardaan advises Asha not to free Sid from his marriage. He asks her to trap Sid in a way that Sid gets helpless to lose his love. Vardaan and Asha are trying their best to defeat Sid. He asks Asha to make her relation with Sid so that even Sid fails to deny their void marriage. What will Asha do to win Sid? Keep reading.