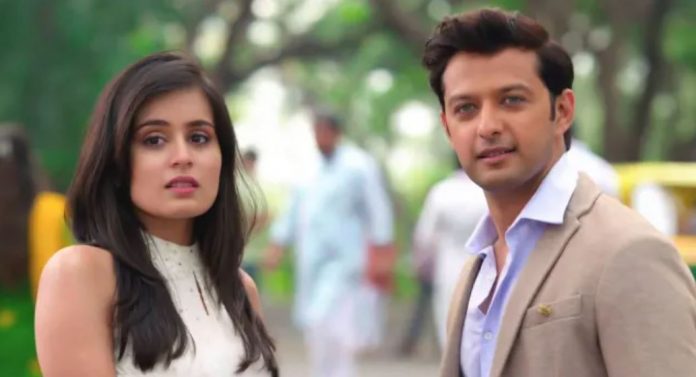 Starplus Yeh Rishte Muskaan Upcoming Spoilers Mishti realizes that Abir still loves her. This brings a big moment of joy for her. Abir loves her a lot. He doesn’t forget her. He gets jealous thinking of Mishti and Nannu. He thinks if Mishti could forget him so soon. He writes poetry for him. He wants to tell Mishti that she means a world to him, but he can’t make a world with her. He doesn’t know how to control his feelings. He wants Mishti to be happy. His love is true. He has sacrificed his love for the sake of family. Meenakshi knows Abir’s sorrow. She hopes Abir forgives Mishti and moves on in life.

Abir imagines Mishti confronting him about his feelings, which are still the same for her. Abir wants to deny his love, which could become a barrier in Mishti’s way to happiness. He wants her to be with Nannu if she finds real happiness. He knows Meenakshi will never accept Mishti. He doesn’t want Kunal’s birth truth to come out. He remembers the motive behind his sacrifice.

Muskaan and Ronak miss each other. Ronak tells Gayatri that he is getting a strong feeling and missing Muskaan. She asks him to forget Muskaan, his past and move on with Nisha. She asks him to break the walls he created around himself. He tells her that he loves Muskaan a lot and can never forget her. She tells him that Muskaan has passed away and he can’t live with only memories. He doesn’t understand her. Muskaan thinks she always wanted to get away from the bar stage and still fate got her back. She sheds tears.

Sir ji instigates Roshni against Muskaan. He tells her that Muskaan is dancing instead her, since she finds Roshni incapable. Roshni thinks Muskaan has also cheated her like her parents did. She gets much angry. Sir ji enjoys their fight. Roshni misunderstands Muskaan. Nisha looks for Ronak, who goes somewhere. Nisha tells Khushi that Ronak and Khushi are her life. Khushi consoles her. She tells that Ronak would come back soon. Nisha asks her not to call Ronak. Ronak thinks about Nisha and Muskaan. Sir ji asks Sudha not to let Muskaan run away.

Ronak goes to the temple and prays. He wants to get rid of his restlessness. Pandit blesses him. Ronak hopes his problems end soon. Roshni argues with someone who misbehaves in the bar. Sir ji makes a leave. Roshni handles the man. Muskaan worries for Roshni. She tells that she is helpless to dance here. She is not scared of Sir ji. Sir ji learns that Muskaan has taken Roshni home. He thinks Muskaan won’t be able to take Roshni away from him since Roshni is completely in her control. Muskaan wants to stop Roshni from her madness to follow Sir ji blindly. Ronak would be coming face to face with Sir ji.