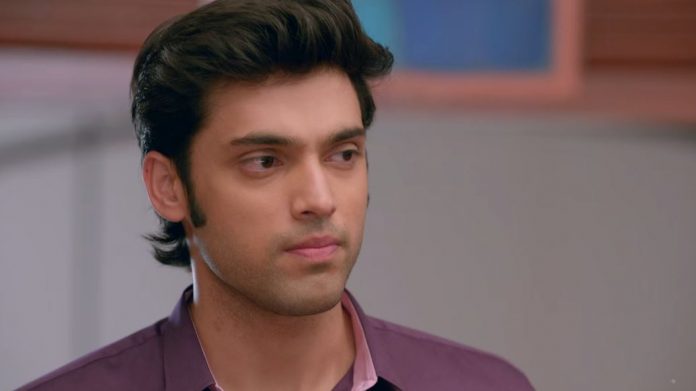 Kasautii Zindagi Huge revelation awaits Anurag Anurag shares his feelings with Komolika. He tells that he was glad to hear the heartbeat of Prerna’s child. Komolika gets fed up hearing about Prerna. She doesn’t want him to talk about Prerna. She asks him to go to sleep. She thinks Prerna is going to come in the party. She plans something huge. Anurag goes to meet Prerna. He invites Veena in the party at his house. Veena refuses to him. He insists her and asks her to come for Rajesh’s sake. He tells that Rajesh has worked hard for the company and his family should be there to celebrate success. Veena agrees to him and is glad that he is valuing Rajesh’s hard work.

Shivani asks him not to tell the truth, Anurag may not be able to take it. She tells that Prerna will be angry knowing this. Veena doesn’t listen. She doesn’t want her daughter to cry more. She tells him that they are just thinking of Anurag, if he lost his memory, it doesn’t mean he has lost his feelings also. Anurag comes to them and asks what are they talking. Veena and Shivani cover up the pictures. Veena asks him to go home. Shivani doesn’t want him to get involved in their matter. Anurag apologizes to them. He feels that something is wrong that they are hiding it. He wants to know how is his past connected to Prerna.

Komolika calls him up to know where did he go. He tells her that he came to invite Prerna’s family, since he wanted to know about Prerna’s husband. She asks him to come back home. She wants to teach a lesson to Prerna, so that Anurag throws out Prerna and Mohini slaps Prerna in the party. She wants Prerna to face the humiliation. Anurag stays engaged in his thoughts. He never thought that he will have some kind of relation with Prerna. Komolika calls Prerna to tell her that she has to come for work before the party begins. Prerna thinks if Komolika is planning something. She gets ready to reach Basu house.

She gets busy in her work. Anurag gets some cash home and wants to keep it safe. Nivedita invites the media to cover the party on a client’s insistence. Komolika asks Prerna to keep the cash bag inside the cupboard. Prerna takes the bag. She asks Komolika to keep it. She reveals that she had heard her plans and acted wise. She warns Komolika. Komolika knows that Prerna won’t be able to do anything. She tells that Prerna won’t know her plans always. She ruins Prerna’s peace. Prerna arrives in the party with her family.

Mohini gets another chance to insult Veena. Mohini also makes a plan with Nivedita. She corners Veena. She wants Anurag to be with Sonalika. She insults Veena. Veena tells that Anurag had invited them to the party. Veena argues with her. She reminds that Prerna is carrying Anurag’s womb. Mohini and Nivedita deny this, since Anurag and Prerna never shared the good news with them. Mohini states that its Bajaj’s child. Veena swears to keep Basus away from their heir. Anurag attempts to find out about Prerna’s husband. He secretly sneaks into her house at night to see those pictures hidden by Shivani. He will soon learn that Prerna is carrying his child. Will Anurag take a stand for Prerna? Keep reading.