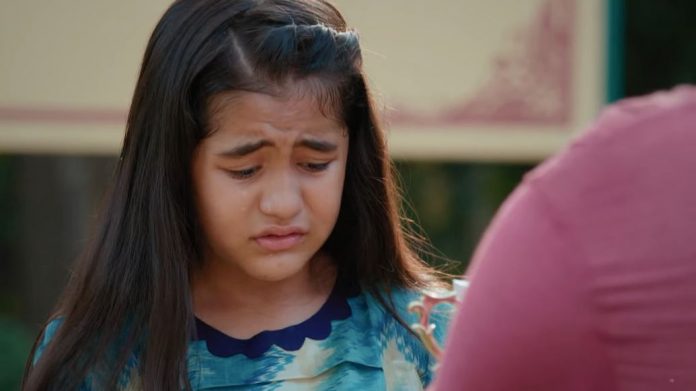 Kulfi Kumarr Baajewala Today Kulfi begins new quest Kulfi thinks of some solution to save her father. She finds a boy helping his sister. She decides to help Sikandar. She learns about some saint who can cure any disease. She doesn’t lose hope. She thinks to meet him and find some solution. Meanwhile, Jimmy speaks to his ex-wife that Fateh is traumatized since his return. She wants some help for Fateh. She tells him that she has to take her son to US, but can’t spend on his studies. Jimmy tells her that he can’t spend more on her, he has to look after his current wife. Sikandar is shocked to know this. Kulfi shows the reports to the saint. She asks the saint to help her.

The saint tells her that he can save Sikandar by herbal cure, but he needs money. Kulfi tells him that she will get money for him, she can’t lose her dad like she lost her mum. The saint is fake. He wishes to get such fools to dupe money. Sikandar gives the cheque book to Jimmy. He asks Jimmy to take money from him. He tells that he won’t raise his children with the wrongly earned money. Jimmy wants to charge extra to compensate for the slap. He demands 6 crores. Sikandar gives him extra money and slaps him again. Kulfi tries to gather money to give to the saint.

She doesn’t tell her about the motive. Amyra gets angry when Kulfi doesn’t reveal anything to her. Kulfi tells them that she can’t tell why she needs the money. She learns about the sweets eating competition where she can win prize money. She thinks to participate in the competition. She gives her name and enrolls. She eats the sweets and becomes a winner. She rejects the first prize and asks for second prize, which is a prize reward. The organizers laugh and doesn’t cancel her reward. Bunty wanted to win the first prize.

He wanted to take his parents to a five star hotel. She gives her hotel package to Bunty and exchanges the prize. She gets the money from him and goes to meet the saint. She pays money to the saint and gets a weird solution. He cries out that he lied to her, he can’t cure his dad. She asks him why did he trick him. He apologizes to her and gives a hint to help her. He asks her to take Sikandar to some place where he will get his cure. Kulfi gets big hopes.