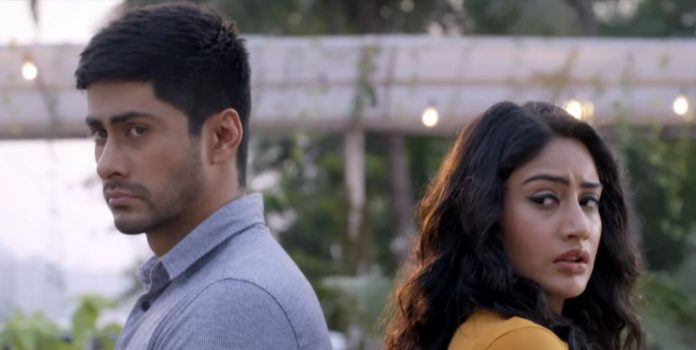 Sanjivani 2 Unthinkable Shocker Sid Ishani in tears Sid confesses love to Ishani with a hope to have a relation with her. She tells him that they have to control their feelings until he breaks his relation with Asha. She tells that he can’t have a relation with her unless he is married to someone else. She asks him to break his marriage and then marry her. Sid finds it hard to do right away. He wants to live his precious moment with his love. Ishani tells him that they will be together for lifetime once he gets divorced from Asha. Sid gets a new task, that’s to end his unwanted marriage with evil-minded Asha. He just loves Ishani. He goes home to confront Asha for ruining his life.

Ishani is troubled thinking of Sid and Asha’s marriage. She wants Sid to be completely of her. Sid wants Asha to leave the house. Asha refuses to leave the house. She acts helpless. She tells Sid that she is his wife and will not leave her rights. Sid wants to break her nuptial chain. She asks him not to commit this mistake. She tells him that the marriage matters to her and she will not divorce him. Ishani understands Asha’s plan that she will keep Sid trapped in the marriage. Sid reprimands Asha. He tells her that he won’t respect and care for her ever.

Asha asks him not to hurt her by abandoning, at least for the sake of her baby. She reminds that he married her for saving her baby. Sid gets a doubt that she is using her baby as a weapon. He thinks if she is pregnant or not. His doubt grows further. He tells her that he will take her for the sonography test to know if she is really pregnant. He wants to see if she is lying about her pregnancy. He insults her. He takes her to Sanjivani hospital. He tells his friends that he has got his liar wife for the sonography test to find out if she is pregnant. He thinks he has hit his own fate for his humanity sake.

He tells that he should have not married her with pity. He wants to end his marriage. He scolds Asha. He tells her that if her pregnancy is a lie, then even law can stop him from ending his marriage. Ishani wonders why did Asha lay such a big trap. She wants to know her motives. Sid thinks Asha isn’t pregnant. He warns her again. He gets a huge shock when he learns that she is really pregnant. Asha tells him that he had promised to give his name to her baby. She doesn’t want Sid to step back.

She questions him about his promises. Sid gets helpless. Asha blackmails him emotionally. Ishani doesn’t find Asha and Sid in the sonography room. She comes across Asha who isn’t apologetic at all. Asha cheats Sid once again. Sid doesn’t want Asha’s child to be called illegitimate. He decides to support Asha just for the sake of baby. He asks Ishani to assist him in taking a decision better for both of them. He wants Ishani to decide the fate of Asha’s baby. What will Sid and Ishani decide next? Keep reading.