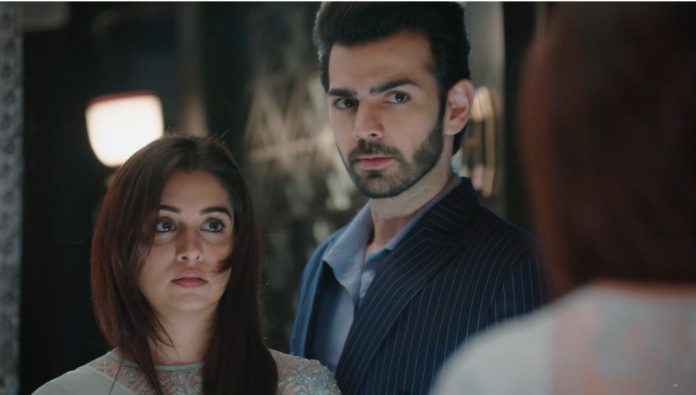 Kahaan Hum Starplus Mystery Sonakshi tensed confront Sonakshi is much worried seeing her terms with Sippys getting bad. Akash and Deepa ask Nishi and Yash to reveal the secret hidden from the family until now. They want to know what is Rohit hiding from everyone. They don’t think Sonakshi did anything wrong, since Pooja really have a legal right to know about her parents. They ask Nishi to be logical and not blame Sonakshi. They are upset that Rohit is also angry on Sonakshi. Nishi doesn’t want to share the secret with them. They tell her that they can only help her in the matter, they will not be going against. Yash finally agrees to tell the truth about Rani.

He wants to tell them how Rani is connected to Sippys, the past is connected much before Pooja came into the world. He gets hindered when Veena interrupts the conversation. Yash doesn’t want Veena to know anything about Rani. Veena calls them for breakfast. Rohit gets upset on Sonakshi. He stops talking to her. He leaves the food when he sees Rani on the breakfast table. Nishi insists him to join them for Pooja’s sake. Rohit loves Pooja a lot, but can’t forgive her mother. Pooja plans a party to celebrate Nishi and Yash’s anniversary. She tells them that she would like to introduce her real mother Rani to her friends and relatives.

Nishi has no objection to her plans. Pooja tells them that they will watch Sonakshi’s show together. Naren taunts on the dramatic family show going in their family itself, all thanks to their tv bahu Sonakshi. Rohit feels bad to hear the taunts but doesn’t defend. Pooja convinces Naren to spend time with the family and watch Sonakshi’s show. She praises Sonakshi’s acting skills. This worries Veena, who wants Naren to not know about the rain dance sequence. She knows that Naren is already upset on Sonakshi because of Rani’s coming. Rani doesn’t want to go for work. She wants to spend time with Pooja. Rohit is completely against her.

He hates Rani. He vents anger on her and clears his decision that he wants her out of the house. Sonakshi asks Rani about Rohit’s anger. She wants to know the reason for his hatred. Rani doesn’t reveal anything. She doesn’t want to face Rohit’s wrath. Sonakshi doesn’t think that Rohit is biased because of Rani’s poor background. Rani asks her to better question Rohit. Rohan makes work excuses, while Tanya tracks him. She gets close to know about his affair with Pari. Sonakshi tries to ask Rohit about Rani. He doesn’t answer her.

She wants to know the reason for his frustration, if he loves Pooja, he should respect her mother too. She goes to the sets and tries to get information about Rani. She doesn’t learn anything strange. She thinks why Rohit hates Rani so much. Suman meets Sonakshi. They get emotional. Suman complains about Pari. Sonakshi tells Suman that Pooja kept a get together at home. Suman tells that Veena came to request to stop the airing of romantic episode. Sonakshi didn’t know this. She returns home to meet Veena. She asks Veena to share her tensions so that they find a solution. She proposes a good solution.

She tells that they will be going for dinner and not watch the show at home. Veena is glad that Sonakshi handled the matter. Veena promises to help her. She tells that Rohit is leaving for Delhi. Rohit and Sonakshi share a moment before he leaves for the airport. Naren learns about Sonakshi’s romantic rain sequence with Sumit. He gets much upset on hearing the people talking cheaply about his Bahu. He confronts Sonakshi about the sequence. Will Sonakshi lie to him or explain the need of her profession? Keep reading.