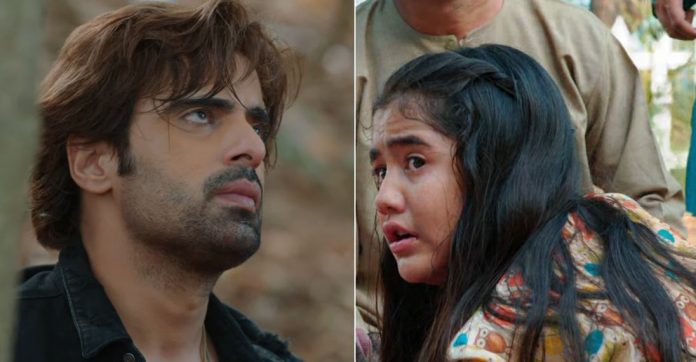 Kullfi Kumar Baajewala Exciting Twists New entry Lovely wants to make the new company a success. She finds Sikandar taking very less interest in the company. She tries to make her contacts. She learns that Mohendar is going to take over the company’s responsibility. She goes to ask Sikandar about giving the functionality rights to Mohendar. She tells him that she is his wife and she will be managing the new company. She scolds him for enjoying his life in his final days and not thinking for the family. She asks him why is he favoring Kulfi. She wants him to give priority to Amyra and her.

She gets angry and expresses her hatred for Kulfi again. Kulfi tries to find about the Ayurvedic hospital. She hopes to get a cure for Sikandar. She learns that the bridge is broken and she can’t reach there. She gets upset. Lovely argues with Sikandar. Sikandar tells her that even if he dies, she will not change. He had a hope that she will accept Kulfi as her daughter. He knows her nature won’t change. He tells that she had planned the fire incident and he knows this fact. He reveals his will, that his property will go equally to Kulfi and Amyra and until then it will be held by the trust, which Mohendar will be handling.

Lovely asks him what did he think for his wife. Sikandar tells her that she is no one to him, she doesn’t deserve it. She tells him that she has a right on his property and everything that belongs to him. He tells her that if she can’t share his responsibility, then she has no rights left. She doesn’t want him to do injustice. She takes him for granted. He scolds her for He promises to settle her monthly expenses.

She tells him that he has no choice. He angrily tells that he has a choice to divorce her. She doesn’t think he is serious. He tells her that he can divorce her if he wants to see his daughters happy forever. She asks him not to do this. She sheds tears. Lovely gets enraged while he leaves her.

Kulfi meets him and asks him to come with her to the hospital. He realizes that she was insisting to take her to Chandnaur for this reason. He gets emotional. She tells that his illness will be cured. She tells about the jungle route. She apologizes for the lie. He scolds her and refuses to go with her. He tells that he is going to die. She leaves alone. He learns that she has gone to the jungle. Kulfi is sure that he will come to find her. He forgets to take his medicines and runs to find her. He madly searches for her. Kulfi awaits his arrival.

She falls down. He reaches her to help. He consoles her as a strong support. She always wants him to be with her. He loves her a lot. She asks him to have hope that his treatment will get a new life for him and his family. He wants to believe her faith just for the sake of her happiness. She convinces him to meet the doctor for her sake. She tells that she needs her father all her life and would do everything possible to save her. He agrees to visit the hospital. They go the jungle way. He faints down suddenly.

She calls the people for help. She meets the same doctor who was going to treat Sikandar before. The doctor’s entry raises Kulfi’s hopes. She begs him to save her father. Will Sikandar get a new life? Keep reading for Kullfi Kumar Baajewala Exciting Twists.